The city of Vancouver is relatively small, only about 600,000 people. On the other hand Greater Vancouver, more commonly known as the Lower Mainland, has a population of 2.5 million. It includes, among others, the contiguous cities of Burnaby, Richmond, Surrey, New Westminster, and Coquitlam, and across the harbour North Vancouver and West Vancouver. Vancouver is consistently rated among the top five most livable cities in the world.

Those of us who live here call it Lotus Land, and Don and I are lucky enough to be able to call it our hometown even though neither of was born here. Actually not many people of our generation were born here. People immigrate to Vancouver from all over Canada and the world. Who wouldn’t want to live in Lotus Land?

There are beaches and big forested parks and mountains and every kind of outdoor activity right on your doorstep, from skiing to dragon-boat racing to wilderness hiking to urban cycling. And there are concerts and theatre and opera and great bars and restaurants. It’s an easy city to live in.

We’ve been back here for five months. Most of our story of these months can be found in the This Nomadic Life series. In this post, and the next couple of posts, I’ll share a little about Greater Vancouver.

We’ve been staying in Burnaby for a couple of months so we’ve been traipsing around Burnaby Lake Regional Park a lot. 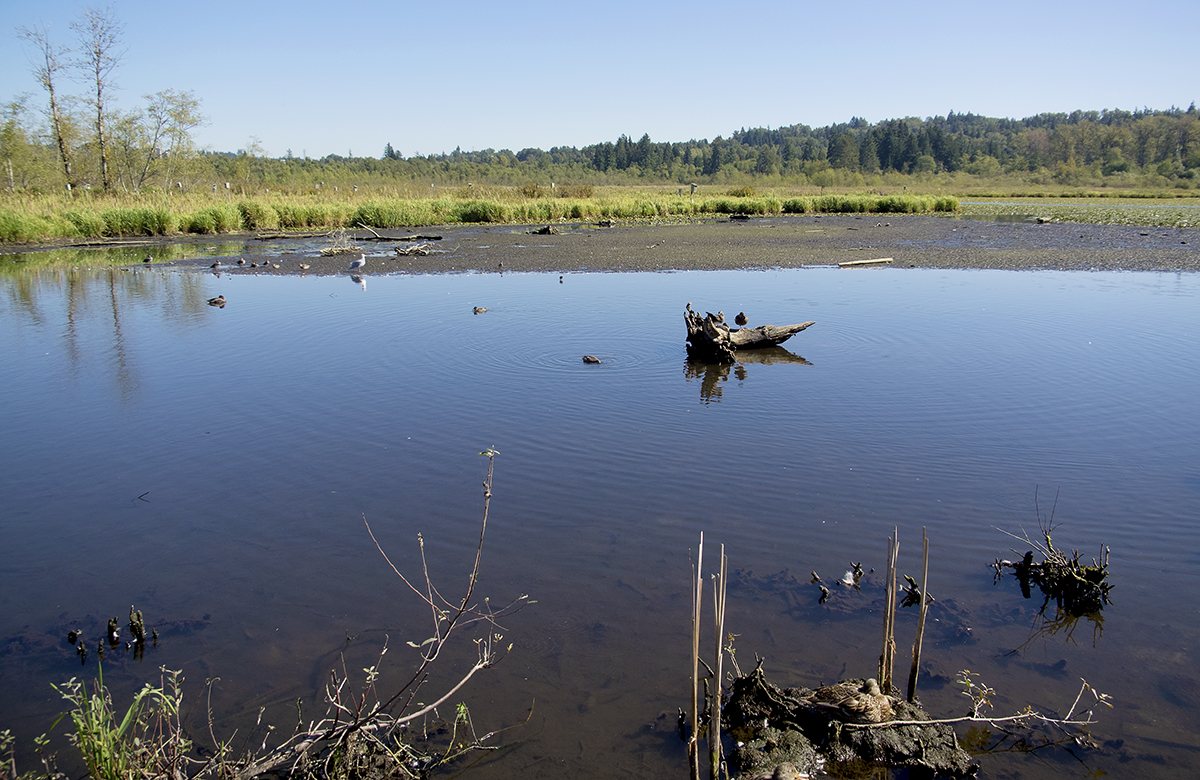 It’s a big lake, and a big chunk of wilderness right in the city. The ducks kept pulling us back there again and again.

The first two photos are Don’s. 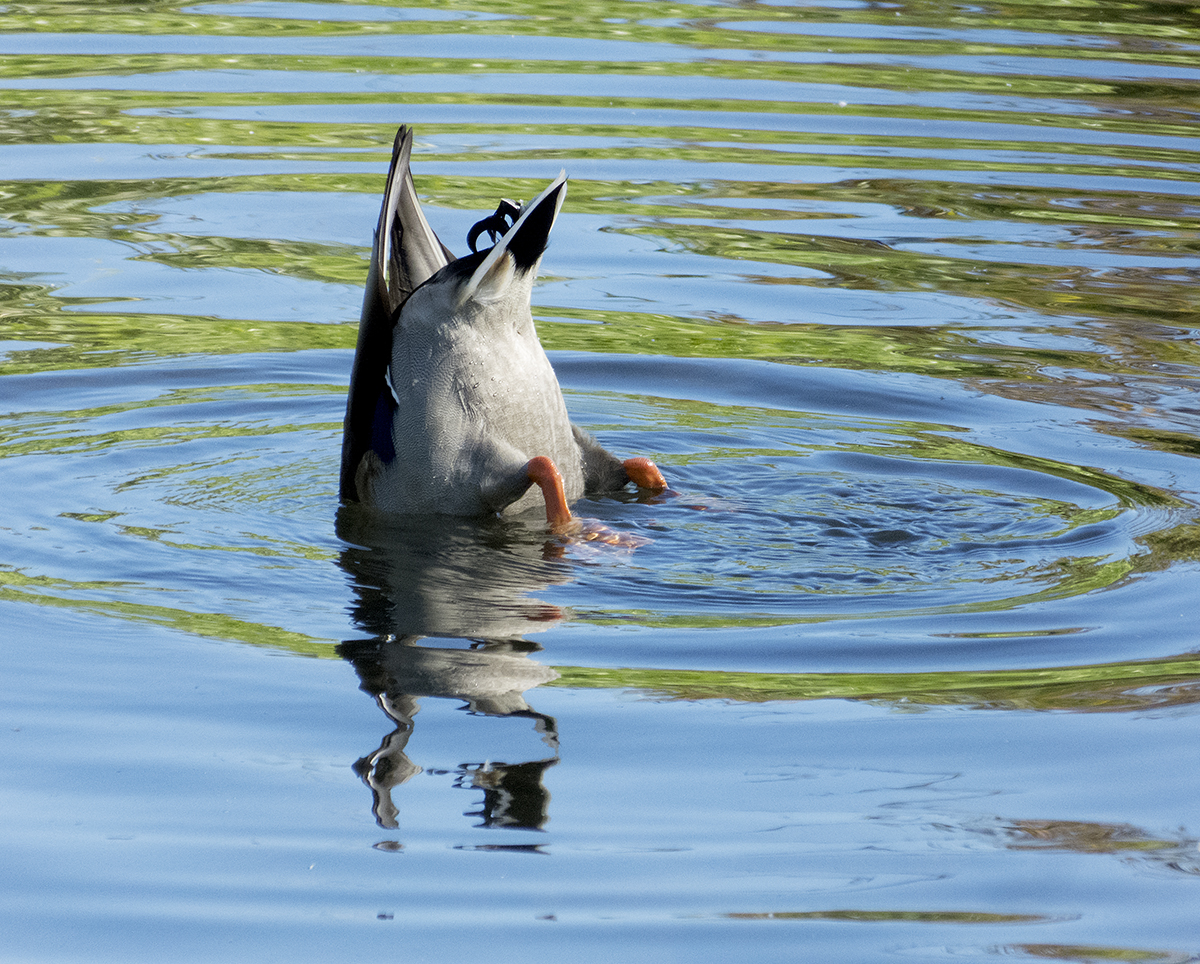 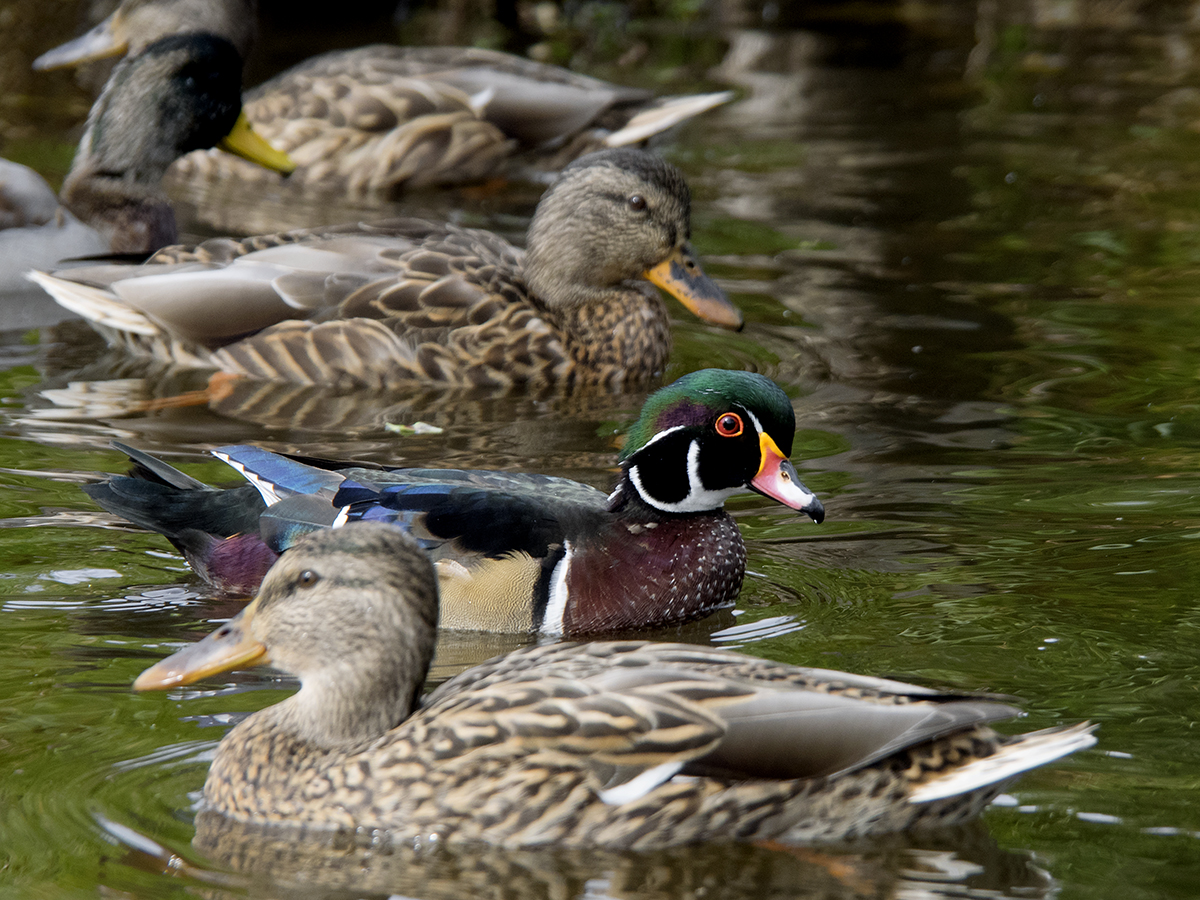 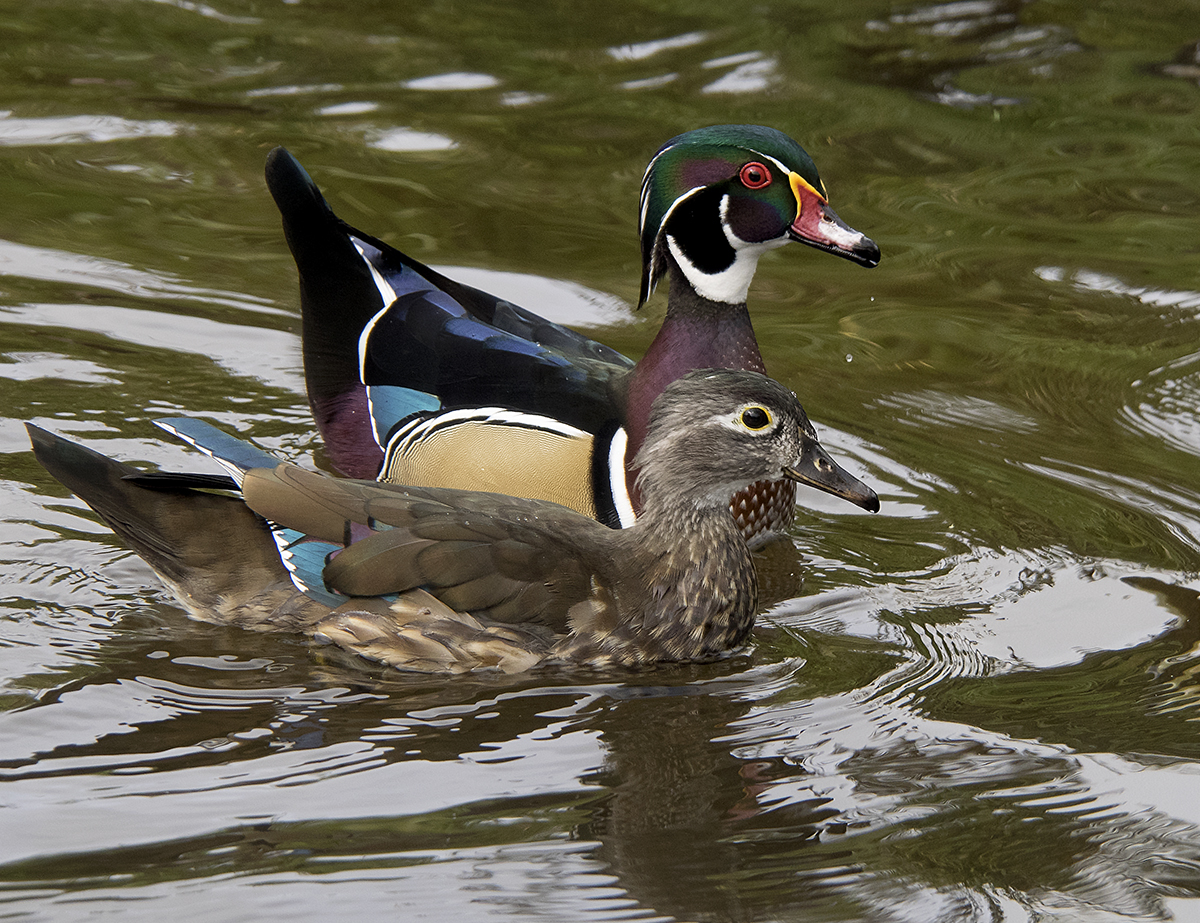 And this guy just sat in the blackberry bushes soaking up what little sun he could find, staring without moving, completely undisturbed by our photographic presence. A northwestern carpet snake moment.

Vancouver has many beaches. I’m Australian. I will simply say I’ve had many enjoyable times on Vancouver’s beaches and leave it at that. One of my sisters was not so polite. Many years ago, in Australia, she was giving a slide show for the family of her recent trip to Vancouver. There came on the screen a photo of her young daughter playing on one of Vancouver’s grey-sand beaches. She gave a snide chuckle and said, That’s what Canadians call a beach. Those of you who do not live in Australia or Hawaii or the South Pacific or the Caribbean, or any place that has gorgeous blue-water-white-sand beaches will probably think Vancouver’s beaches excellent. I know I love Spanish Banks during the full-moon times when the tide goes way way out and you can walk for miles. On sunny days it’s what most everyone does. 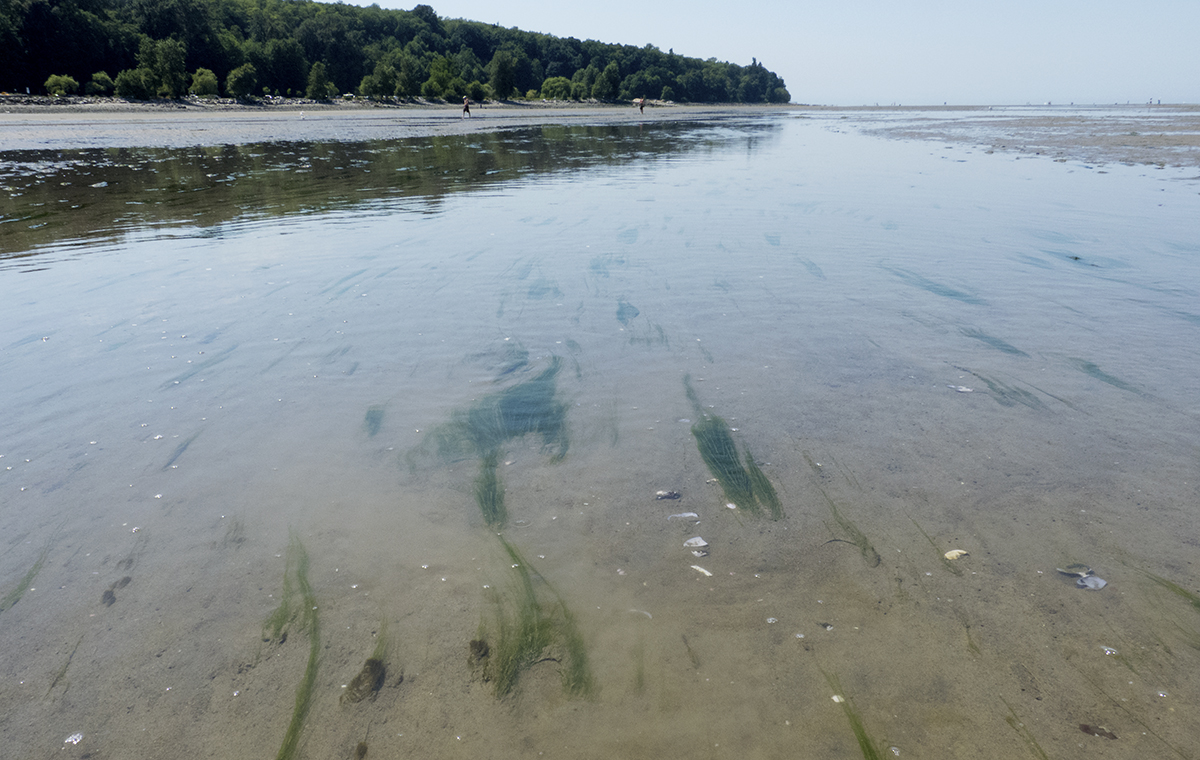 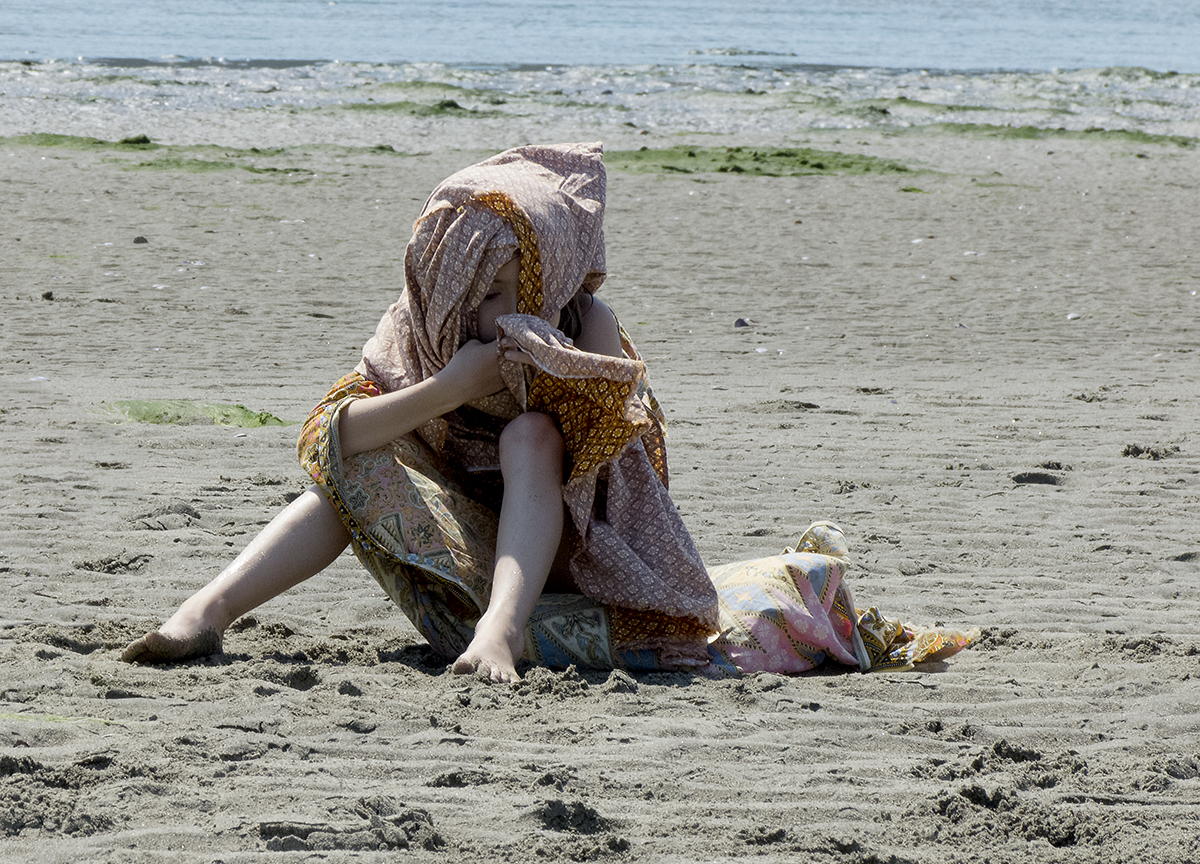 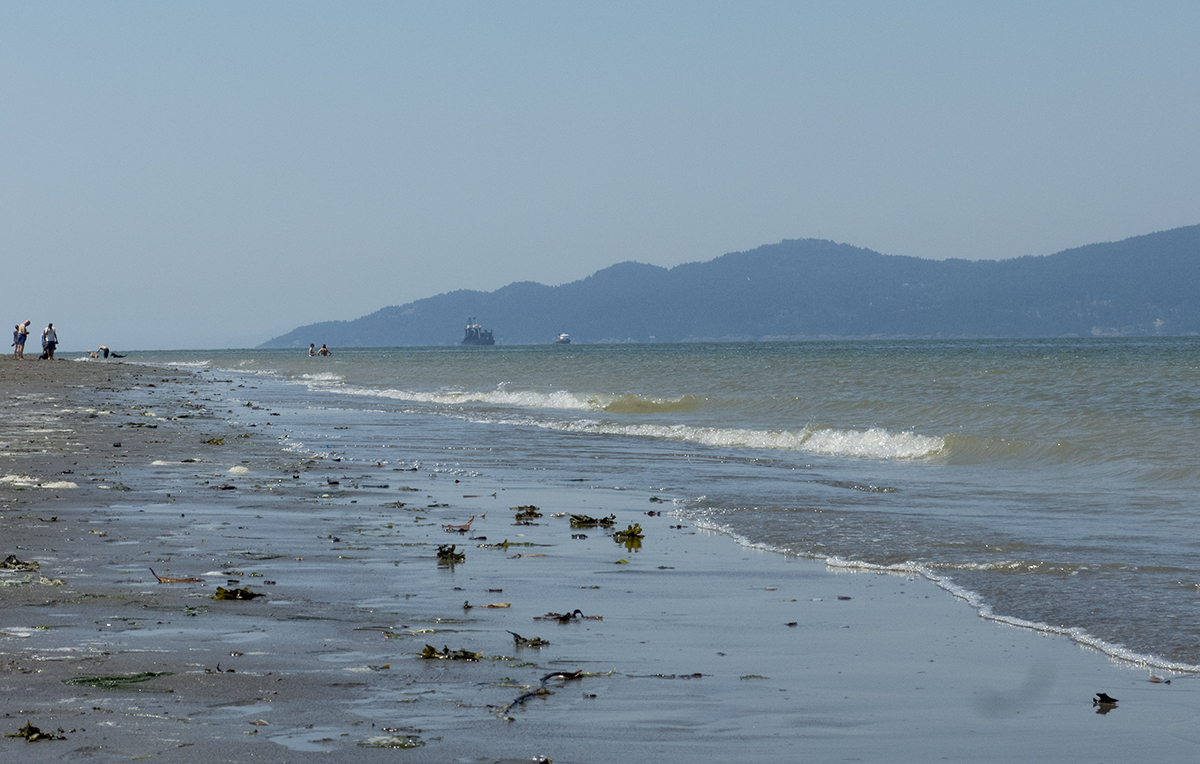 Kits beach is for the party crowd. Jericho is for family barbeque time. There’s also English Bay, plus First, Second and Third Beaches in the West End, and more beaches across the water in North Van and West Van. There’s no shortage of beaches, only a shortage of warm water and fine white sand.

English Bay on a sunny day

Canada Geese and a Blue Heron at English Bay 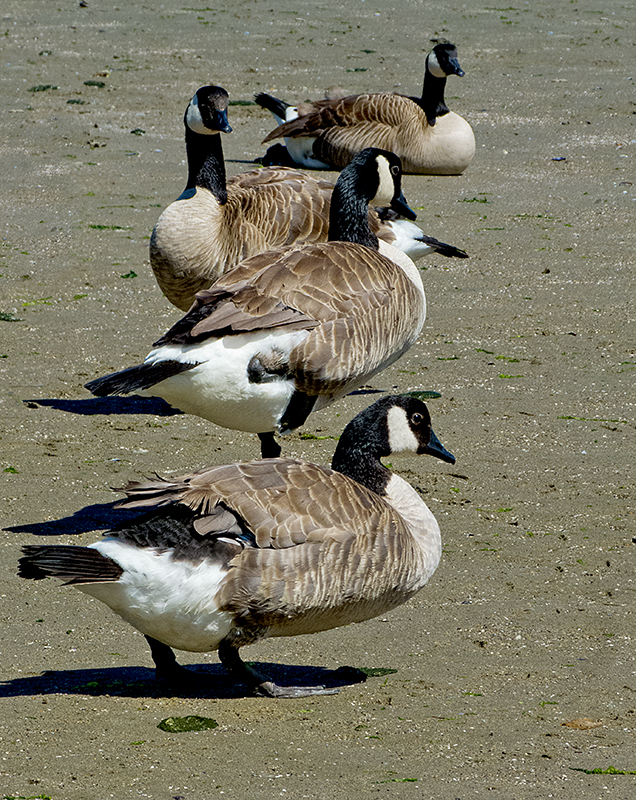 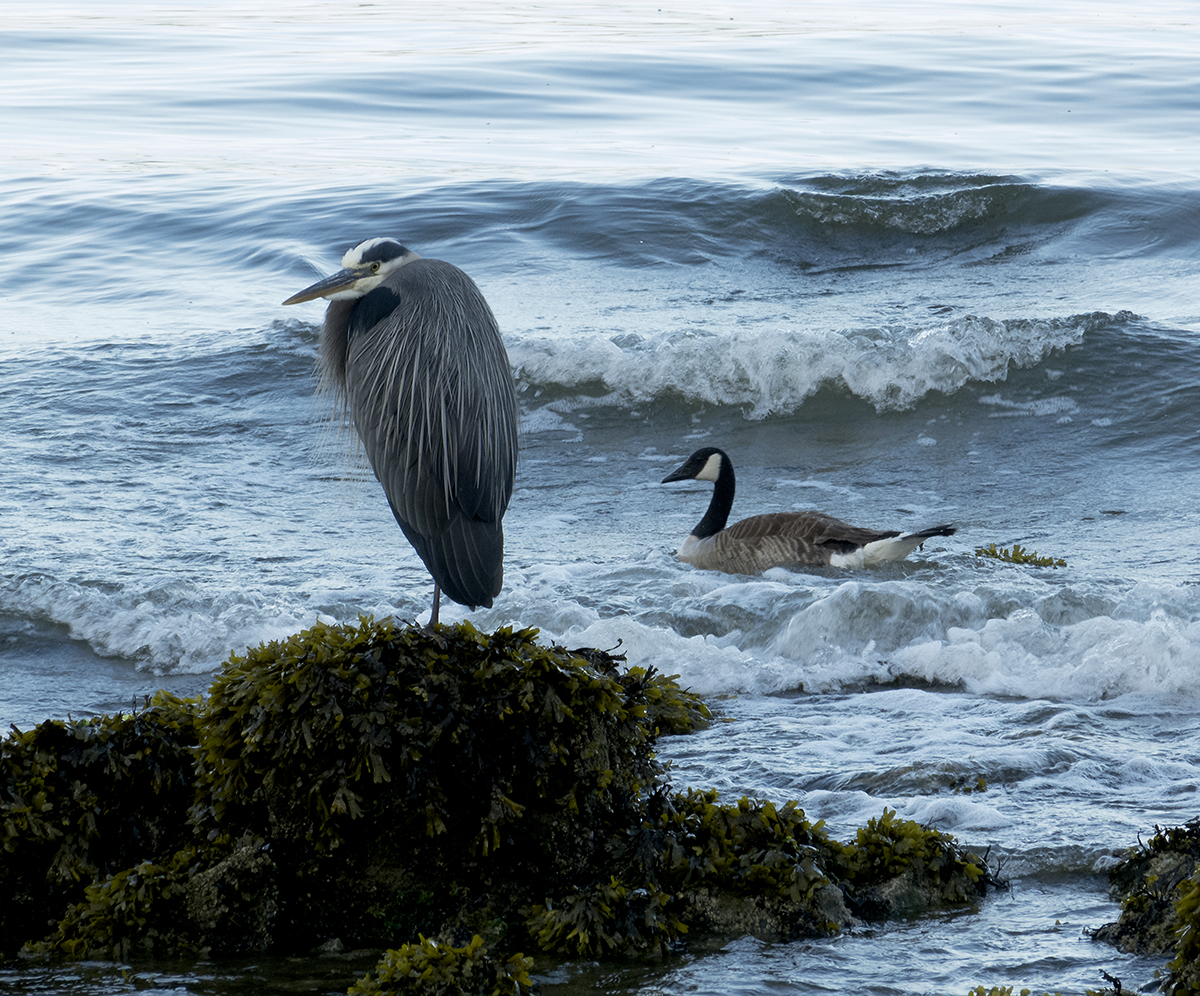 as tall as a house

and a tunnel of trees.