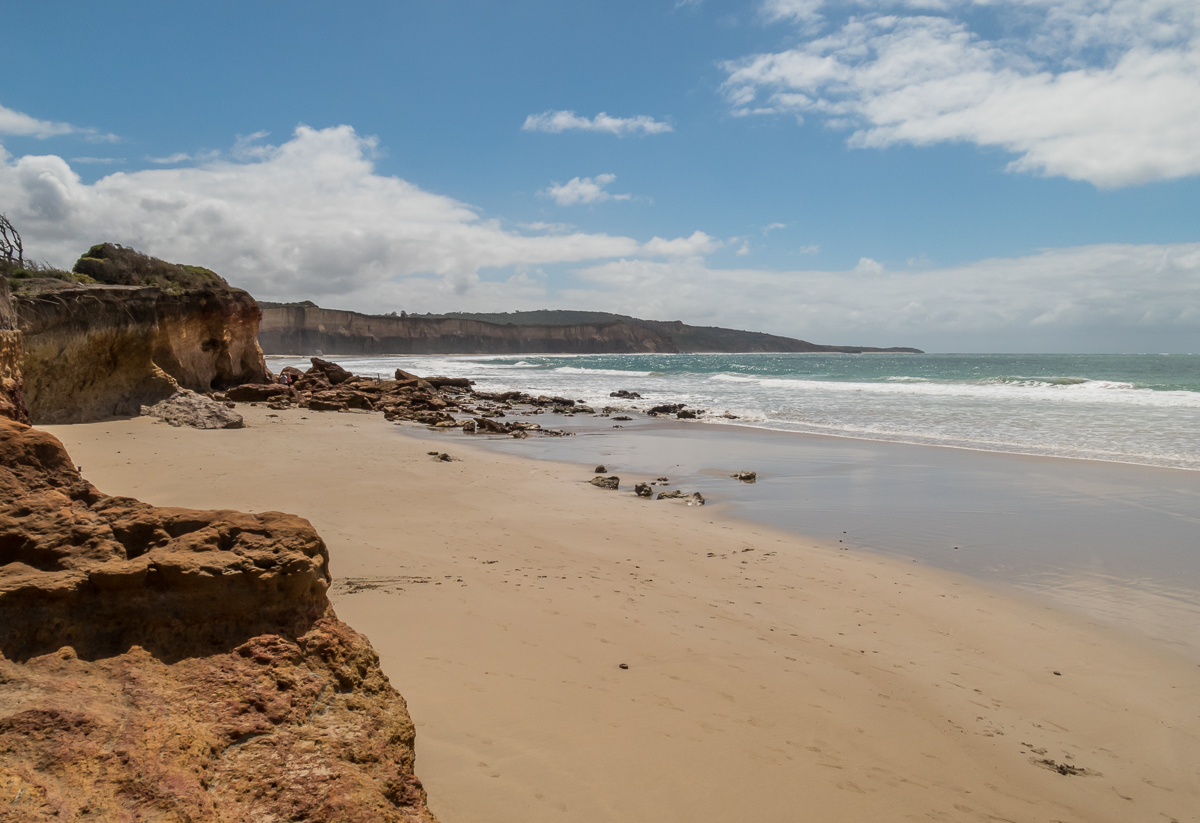 29 Jan – 6 Feb 2015. Rutherglen was the first stop on our journey from Canberra to the famed Great Ocean Road along Victoria’s south coast. The town, just across the border from New South Wales, is in wine country and attracts wine lovers from around the world. We, however, are not winos, and anyway we were only there overnight.

We asked where to go for an afternoon walk and were given directions to a small lake near our motel. What a treasure! It’s a manmade lake and a perfect example of creating a wetlands refuge from nothing. A beautiful lake with abundant birdlife. We were in heaven. Who cares about wine?! 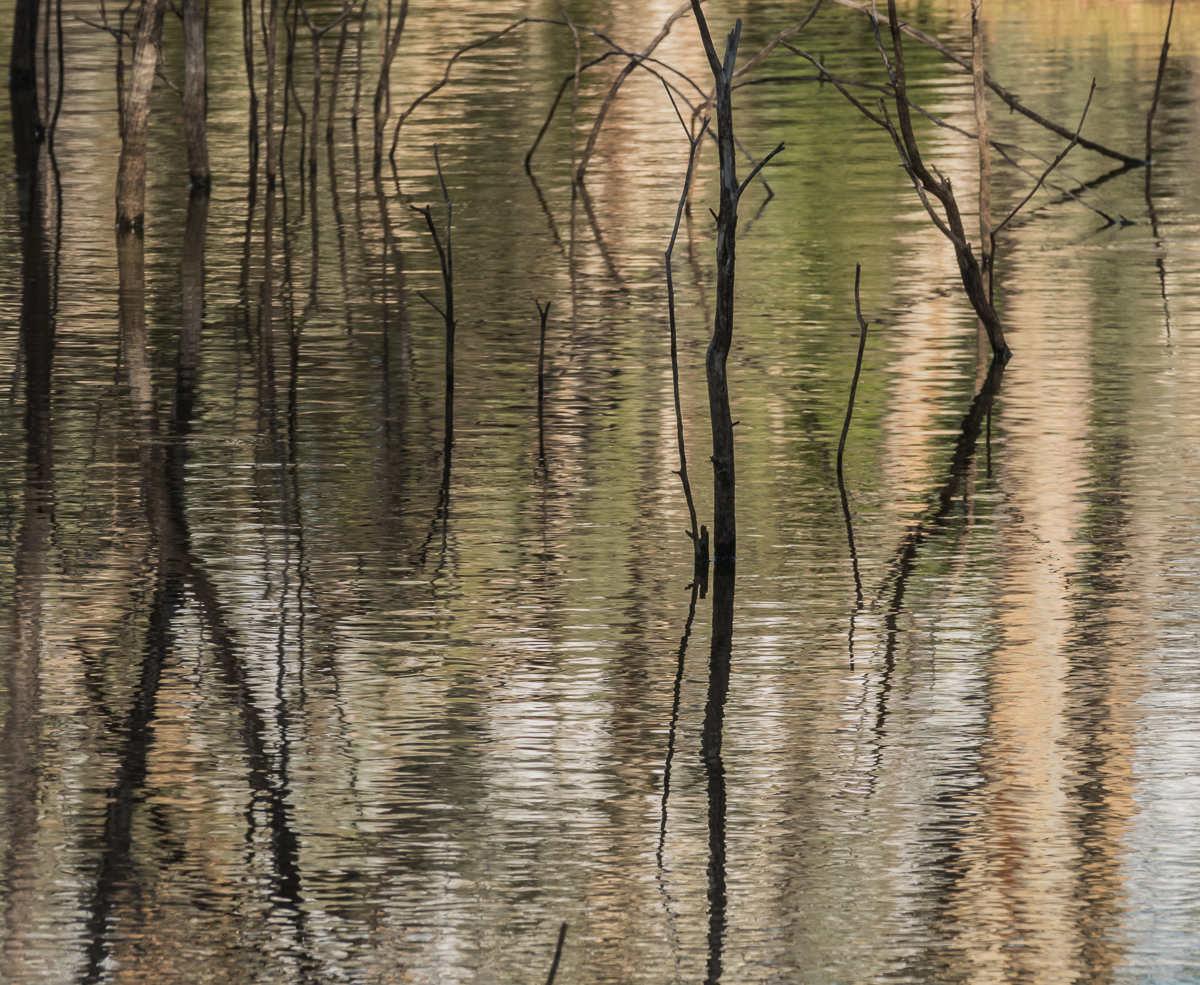 We watched Ibis coming in to roost for the evening.

When we disturbed them a little they all took off, dozens of them, and did a huge flyby in the sky above us,

and then finally settled back into their nighttime home.

We saw herons and egrets and mallards and wood ducks and kookaburras. We saw Eastern Rosellas,

Most fun were the Noisy Miners, a variety of honeyeater.

There were about half a dozen of them, and we watched them diving towards the water, just clipping the water enough to get wet then flying up to a tree to shake themselves out. This is what that looked like:

Each of them dipping into the water several times, then grooming in the tree, then back down, just ever so slightly touching the water to get a little wet. We watched for a long time thoroughly entertained. We’re not winos, but I think maybe we’ve become mad birdos.

The main street of Rutherglen is quite typical of many Australian country towns with its colonial architecture and iron lace.

From Canberra to Rutherglen to Geelong to Marengo on the south coast to Cockatoo to Rutherglen to Canberra. Marengo, is just up the road from Apollo Bay and the whole area is a popular holiday destination with a mild climate and beautiful beaches. 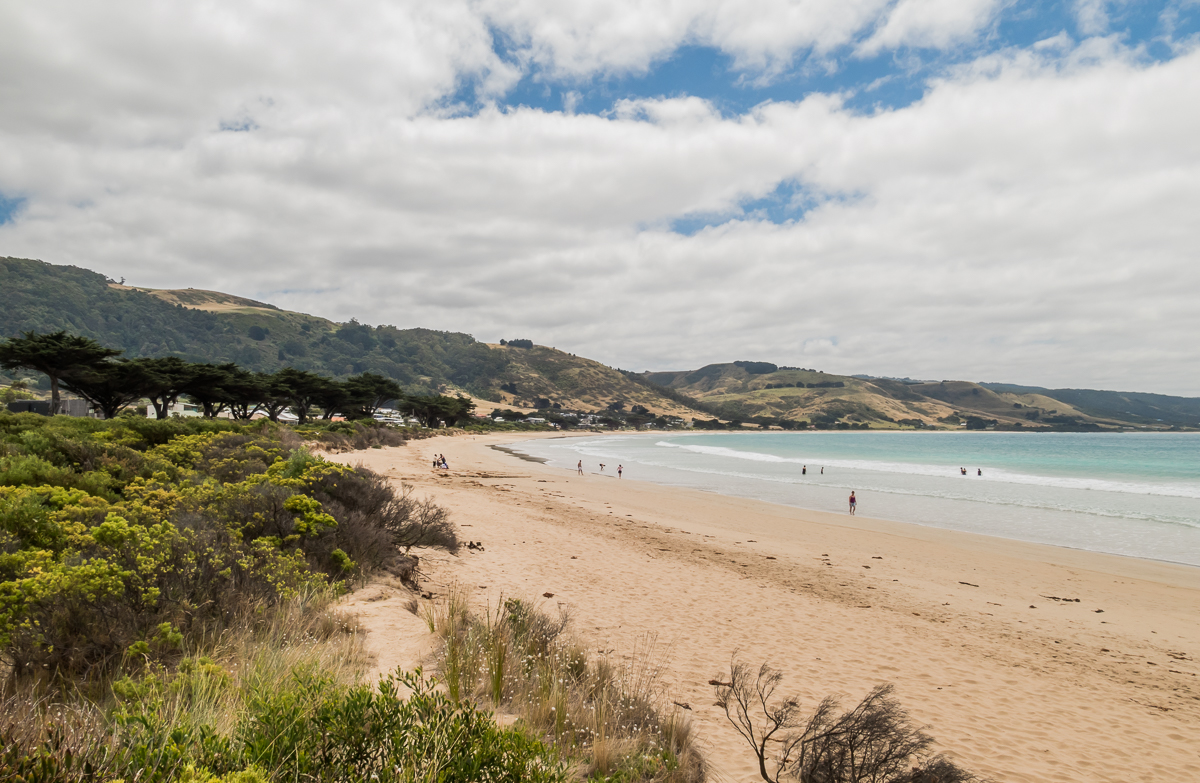 Down by Apollo Bay wharf: lobster pots and rowboats. 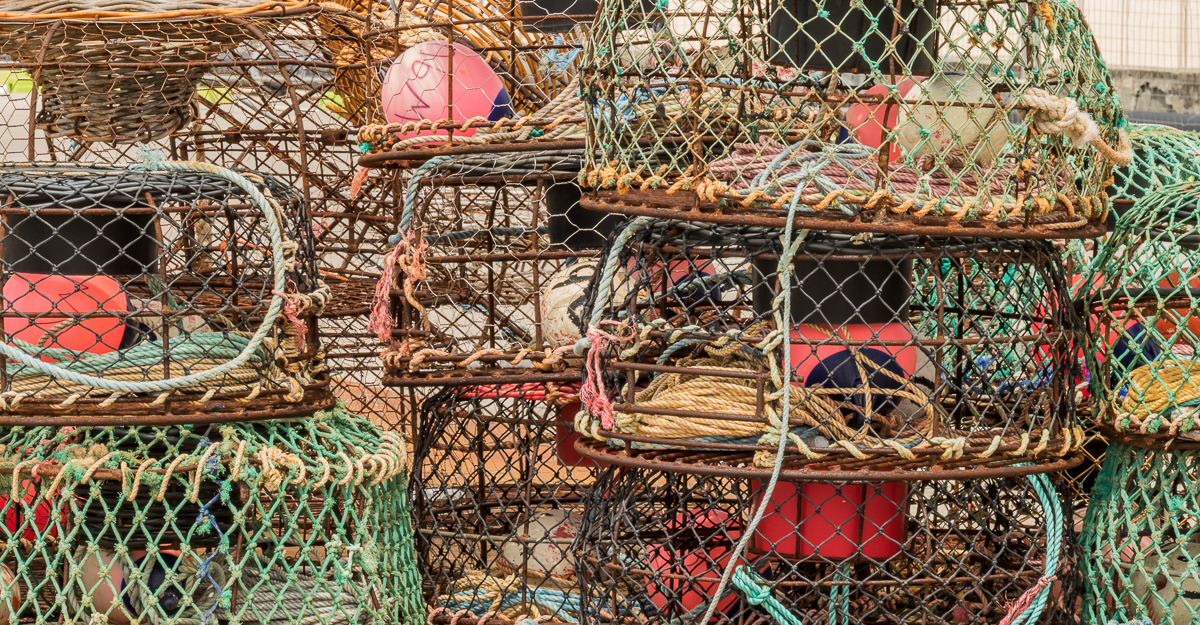 We’re in our motel room in Marengo. We’d arrived a couple of days before and had been out and about exploring both days, but finally we’re having a little afternoon down time at home. We’ve been aware of regular screeching ever since we arrived so we know there are plenty of parrots around. We’ve seen them too, cockatoos and galahs and king parrots, flying by, and hanging out on a fence near the motel reception building. Suddenly the volume of screeching increases to alarming levels. An army of parrots has come! We dare to venture outside, and there they are. Dozens of them are being fed sunflower seeds by the motel owner. He said they’d been feeding them daily for a couple of years. They were slow to come at first but now every day there are great flocks of them. We join in the feeding, having birds landing on us, on our heads, shoulders, arms, and literally eating out of our hands. They’re quite wild, but they know where the easy meal is. What a feeding frenzy! We’re surrounded by screeching birds. So brilliant to be so close to them, and to see so many of them.

This is a female King Parrot eating from my hand as I photograph it. 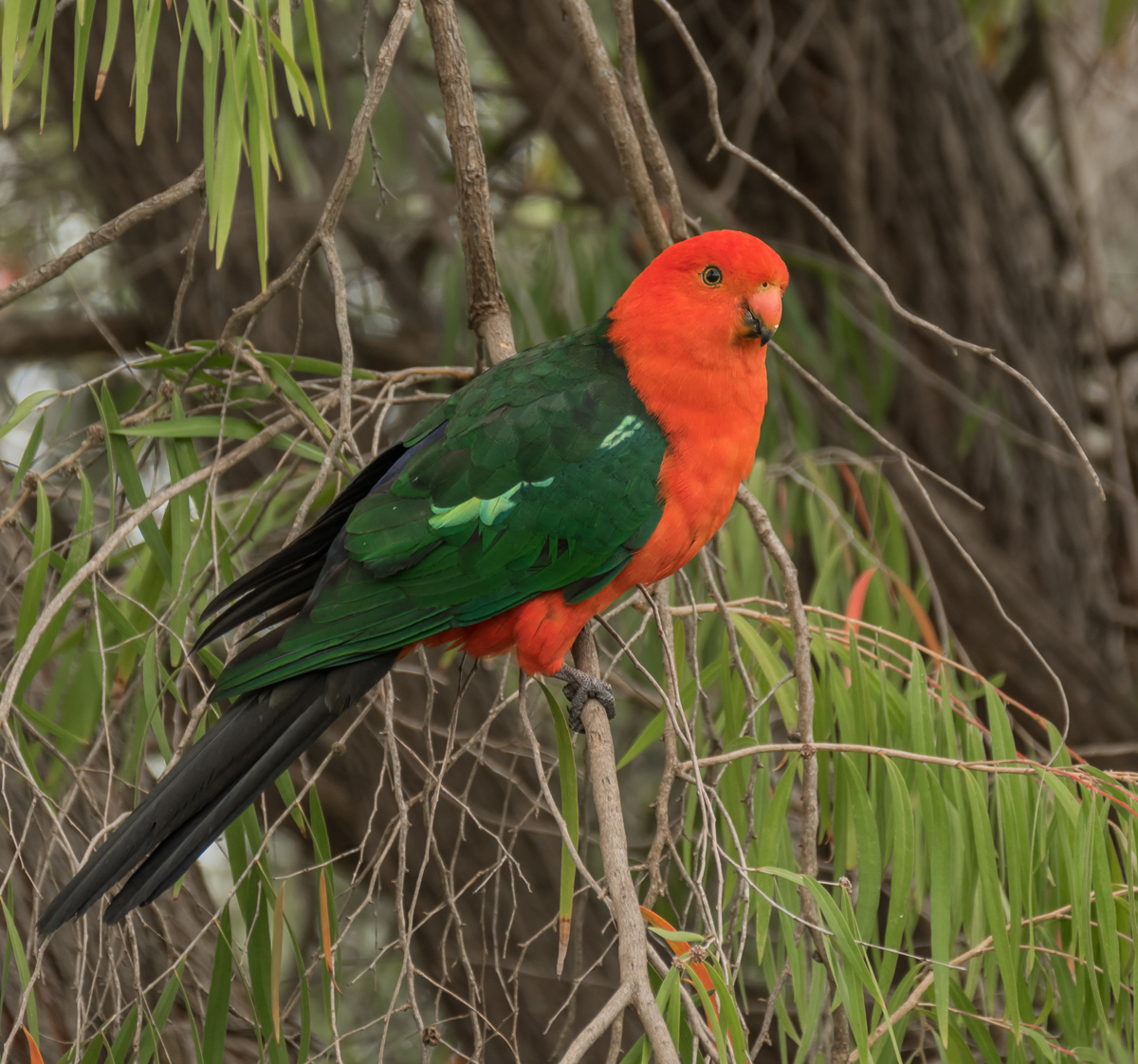 a pair of Corellas, 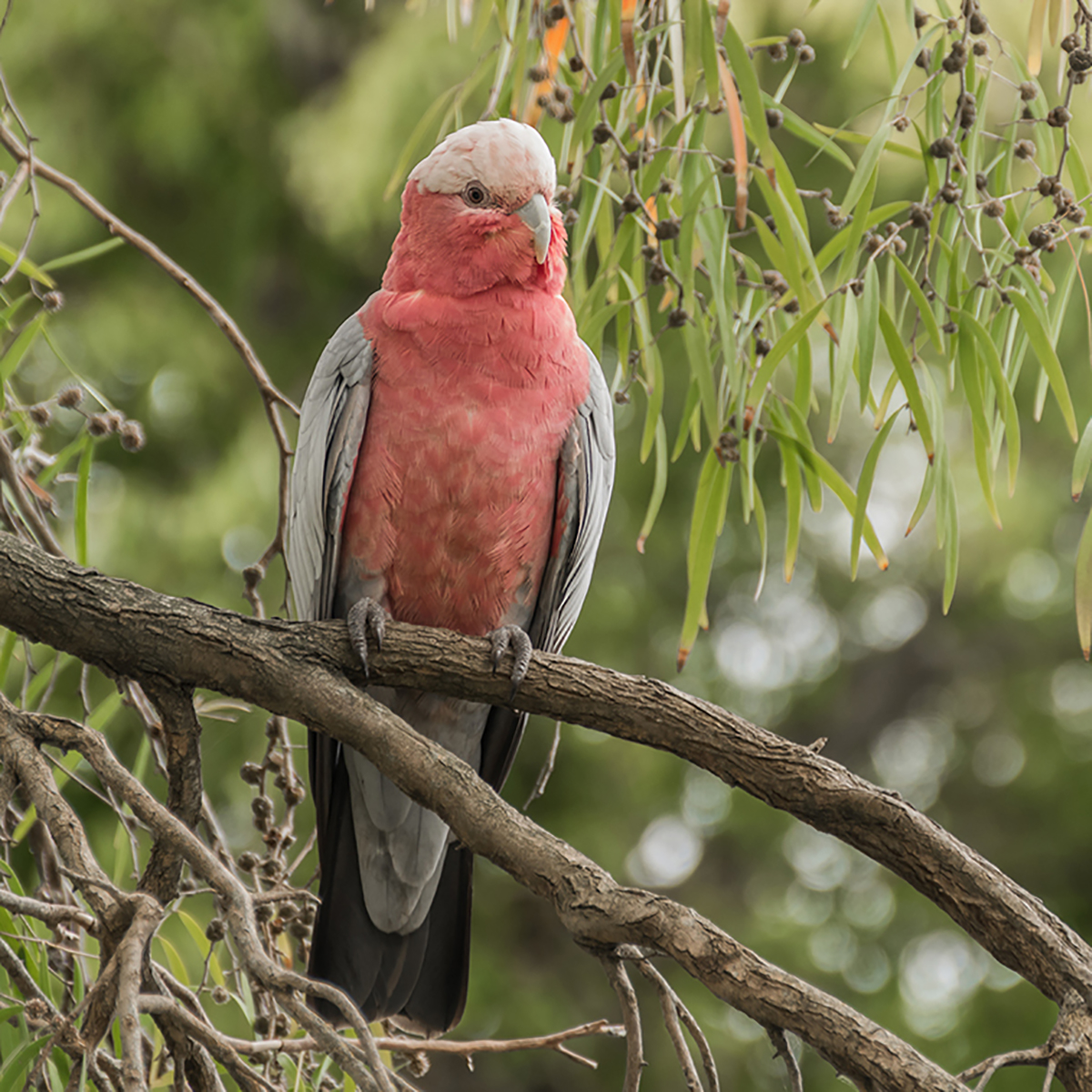 We based in Marengo for a few days to explore the wild rugged south coast further west and to see the famed Twelve Apostles. On our return we travelled across the south of Victoria to Cockatoo to visit my nephew and his partner. Yes, there really is a town called Cockatoo and it’s in the beautiful forested Dandenong Ranges east of Melbourne. 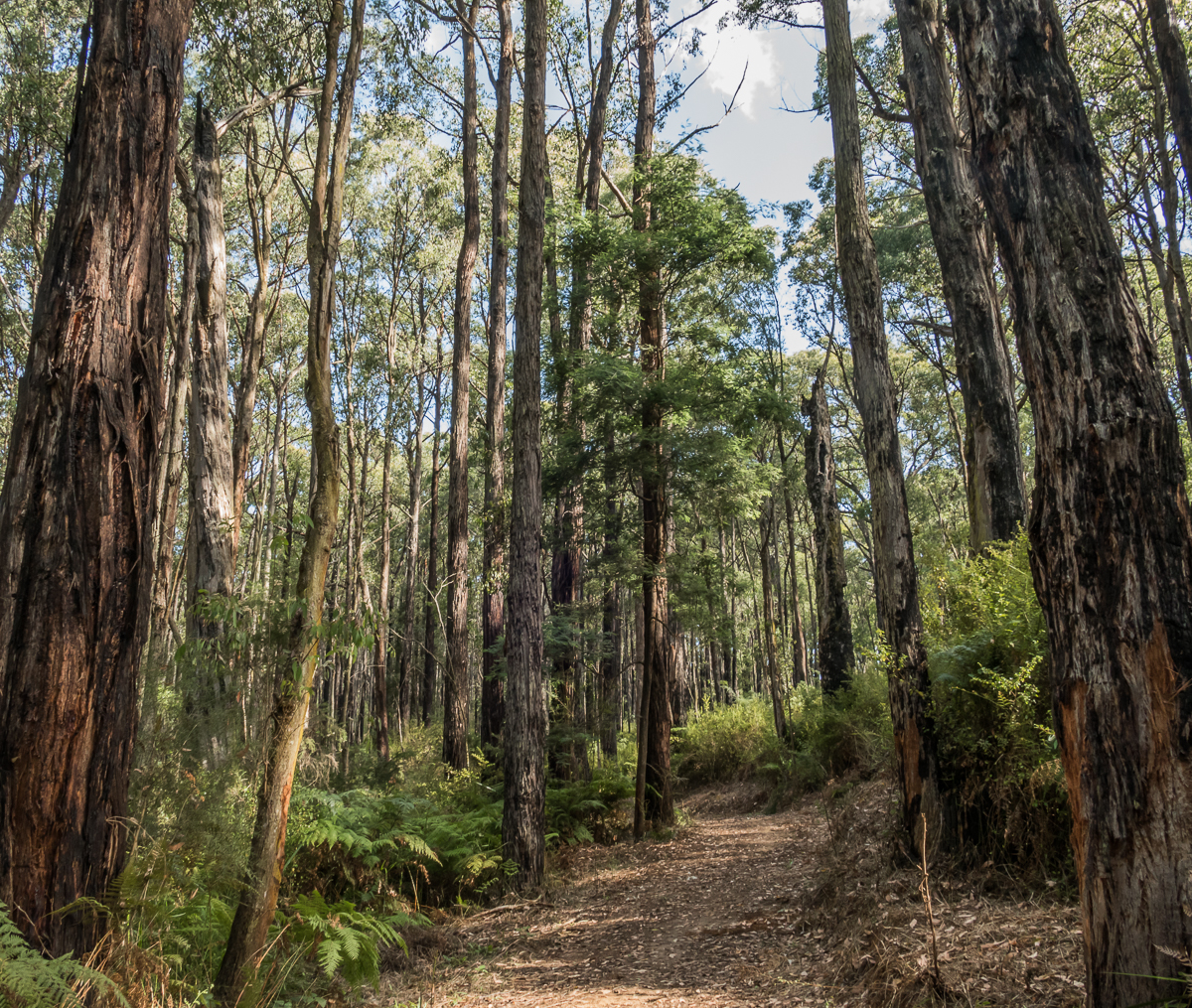 We didn’t see any parrots, though I’m sure there are plenty there, but we did see kookaburras. They really do sound like they’re laughing: a wild manic laugh, a kind of hoarse shrieking laugh, that starts soft and a bit stuttered, but then gradually gets stronger and stronger, a loud squawking guffawing staccato, as if they are high on some mind-altering drug and are finding the whole world a little crazy. Perhaps they are. 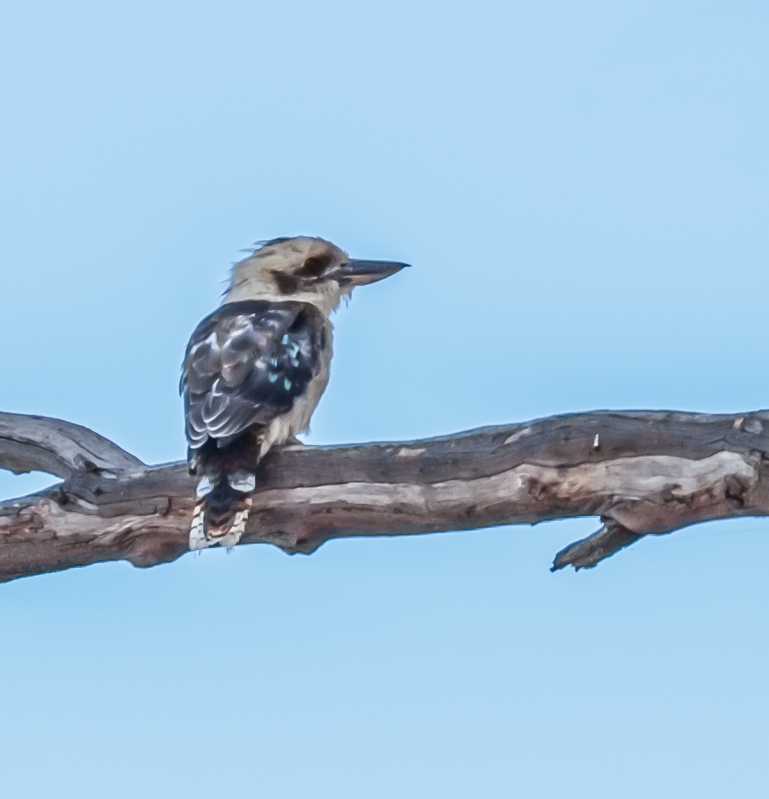 About twenty years ago, I was driving on one of the highways (I use the term loosely) in inland New South Wales, returning to Canberra after attending a “back to earth festival”. That’s a whole other story, but I was tickled by one of the road signs I saw:

I chuckled. So typical of Australia. No mucking about with a polite “Please don’t drink and drive”. Tell it like it is. It seems the trend has spread. In Canberra, and on this road trip, we came across many such signs.

DRINK DRIVE
DIE IN A DITCH

DRIVE AND TEXT
U B NEXT

NO SEATBELT
NO BRAINS

and the astonishingly polite

THANK YOU FOR
NOT SPEEDING

Next post: From the town of Torquay west to the town of Peterborough the Great Ocean Road winds it’s tortuous way along the south coast of Victoria. The coastline for much of that distance is rugged jagged cliffs, unseen reefs, islands and islets, and raging waters. One sailor likened getting through that part of Australia’s south coast to having to thread a needle. The safe path is very narrow. There’s a reason it is known as the shipwreck coast.
All words and images by Alison Louise Armstrong unless otherwise noted
© Alison Louise Armstrong and Adventures in Wonderland – a pilgrimage of the heart, 2010-2015.

42 thoughts on “Drink Drive Bloody Idiot. And us mad birdos.”