15-17 October 2015. Once there was an island in the mighty Nile River, a little south of what is now the city of Aswan. It was called Philae in Greek, or Pilak in ancient Egyptian, meaning ‘the end’. The island defined the end, or the ancient southern boundary, of Egypt.

Once there were three Egyptian gods whose magical and bloody story rivals Shakespeare’s tragedies. These three gods dominated ancient Egyptian culture and were known as Isis, Osiris, and Horus. But there’s no story without a villain. Enter Seth, Osiris’ brother. Because he wanted to be king, and because he was jealous, Seth murdered Osiris, then chopped his body into pieces and scattered them far and wide. The goddess Isis, being madly powerful, and smart as well as magical, managed to find all the parts of Osiris’ body and brought him back to life. Isis and Osiris, who, by the way, was her brother, then conceived their son Horus.

Osiris became god of the underworld and all who died answered to him. He was the ancient Egyptian equivalent of Judgment Day. When he was grown Horus tracked down and killed Seth in combat to avenge his father. Isis was associated with funeral rites, but she was also worshipped as an enchantress, as the giver of life, as a healer, and as the protector of Kings. This myth goes back to the very beginning of ancient Egypt and is perhaps five thousand years old.

Once there was a goddess named Isis, known as the ‘Mother of God’ and depicted with a throne on her head. She was so revered that by the seventh century BCE a cult devoted to her arose on the island at the end of Egypt. A temple was built in her honour. Over the centuries her cult spread throughout Greece, the Roman Empire, and as far away as London. Pilgrims came from all over the ancient world to worship at her temple on Philae. With time the building was expanded to become the great Temple of Isis, which sits to this day on an island in the middle of the Nile. For nearly one thousand years, as the heart of the cult of the invincible goddess Isis, Philae was the spiritual centre of the universe. Finally Roman Emperor Justinian closed down the temple in 535 CE some two hundred years after Rome had converted to Christianity. 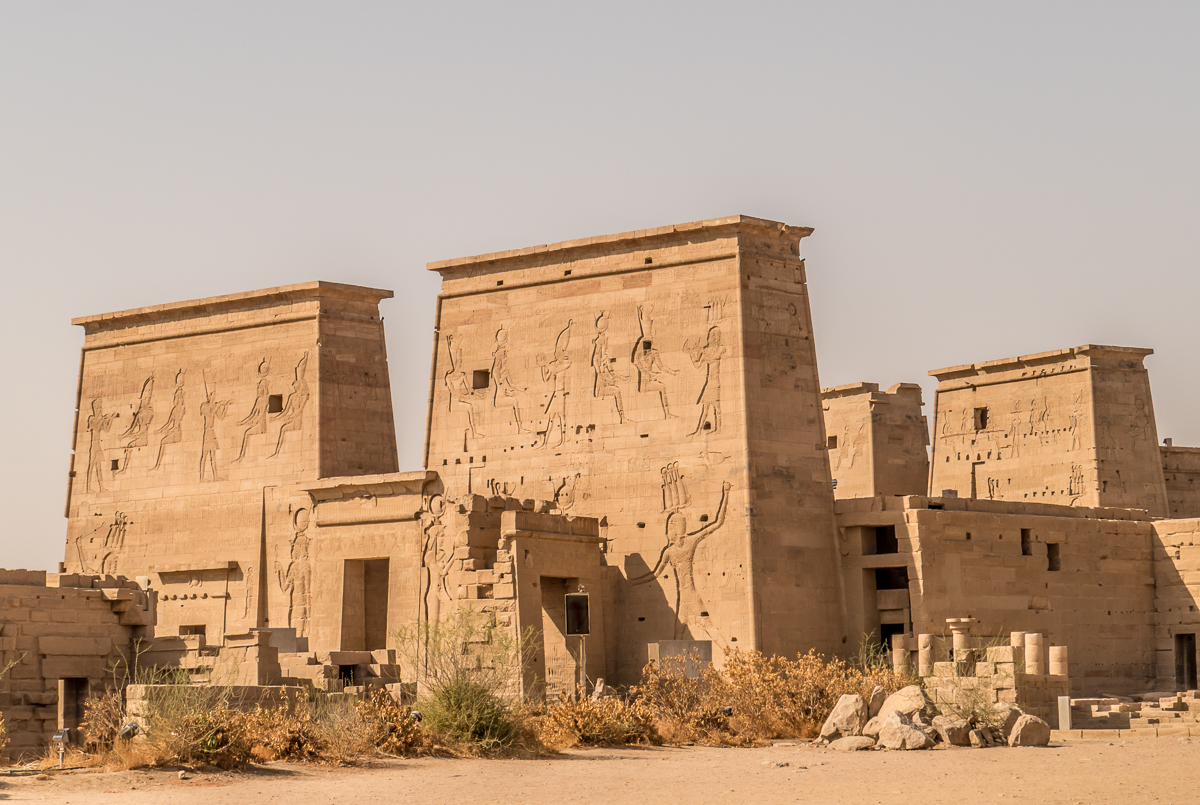 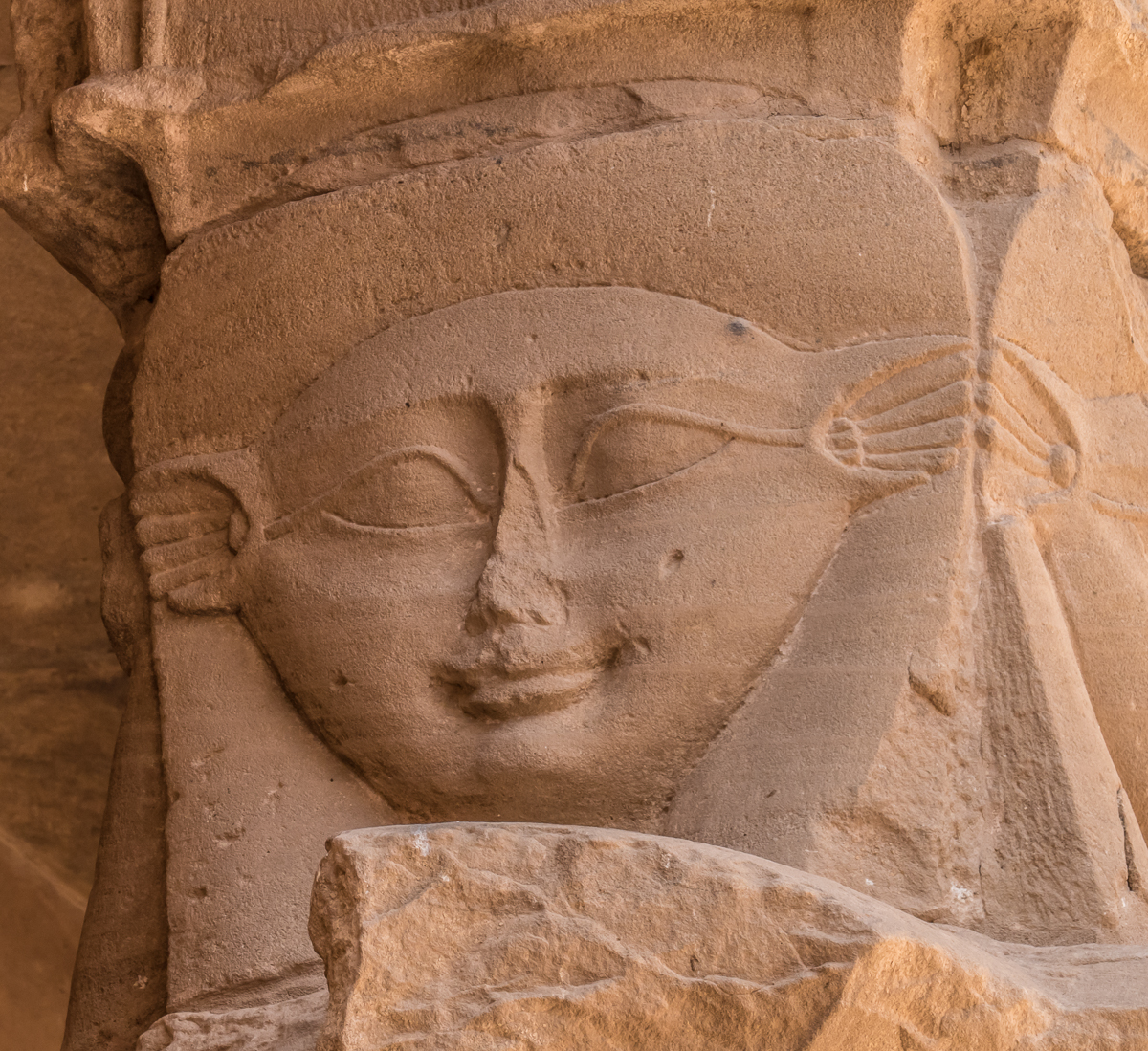 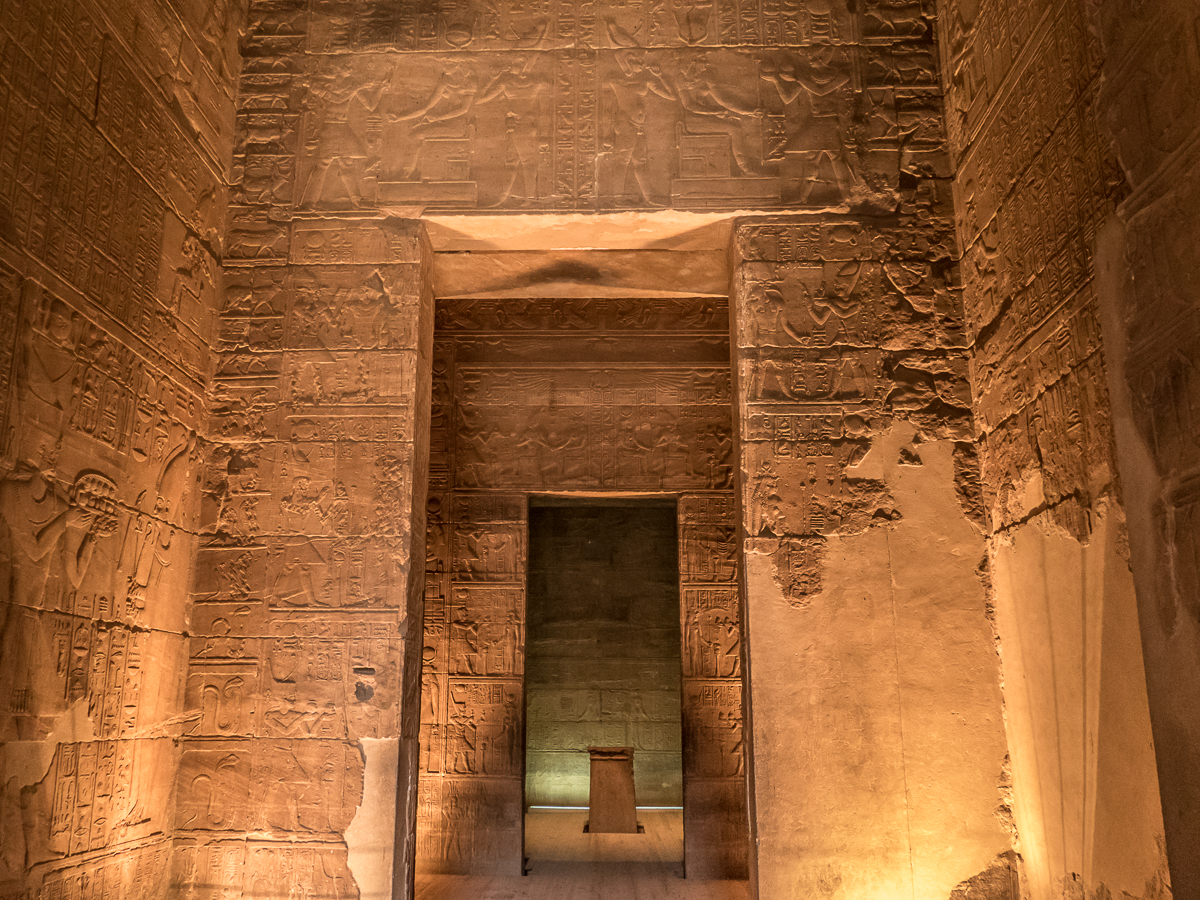 We see an imposing but sombre building of warm ochre stone, but the building that the people of antiquity saw was brightly coloured, painted in detail in brilliant reds, yellows, blues and greens. It would have been exquisitely beautiful, and likely inspired great reverence and devotion. And joy. I can’t imagine being in such a colourful place, created in love, and not feeling joy. In its original splendour it would no doubt have rivalled the glorious cathedrals and mosques of later centuries.

Once there was an island in the mighty Nile River known as Philae that was completely submerged in the waters of Lake Nasser with the building of the great Aswan High Dam. In a heroic joint operation between the Egyptian government and UNESCO the Temple of Isis was dismantled piece by piece. All 43,000 pieces were carefully labeled. On the nearby island of Agilkia the terrain was landscaped to mimic that of Philae and there the temple was reconstructed like a giant jigsaw puzzle. A project that took ten years saved one of Egypt’s most iconic temples.

About 850 kilometres (530 miles) south of Cairo, on the east bank of the Nile is the city of Aswan. It was the first Egyptian town, a frontier town, and the ancient commercial boundary of Egypt. Facing north from Aswan it is possible to travel on the Nile without obstruction all the way to the delta, to the Mediterranean Sea. Facing south the cataracts begin and the Nile becomes difficult to navigate. In the past Aswan was a garrison town in campaigns against the Nubians who lived south of the First Cataract, as well as a prosperous commercial centre at the crossroads of ancient caravan routes. It’s ancient name of Swen, or Swenett, means market.

Today Aswan is quiet and laid back when compared to Cairo. Colourful Nubian villages climb up the banks above the water,

and boys play like otters in the wide deep river.

Eager to welcome us, others, on their way to school, wave smiling from the back of a truck.

We arrive in Aswan by train in the early morning and stay for nearly three days. Wandering the streets at various times we discover the broad corniche by the river, 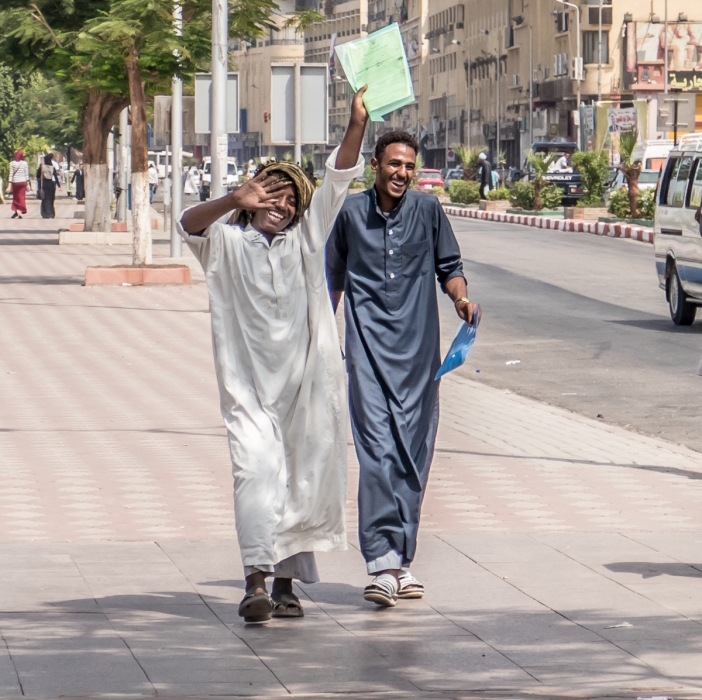 and ragged back alleys.

People catch my eye, adults and children living their lives in a way that is ordinary for them but to me mysterious and exotic. 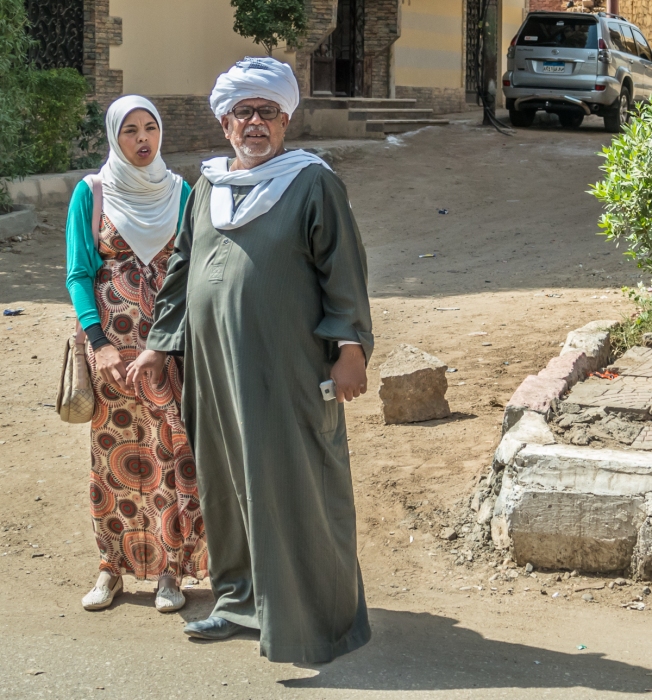 Left to our own devices one afternoon we discover the souk with its crowded display of goods for sale: baskets and shawls, jewellery and lingerie, scarves, vegetables, galabeyas and western clothing, and the potent scent of incense, spices, and perfumes. 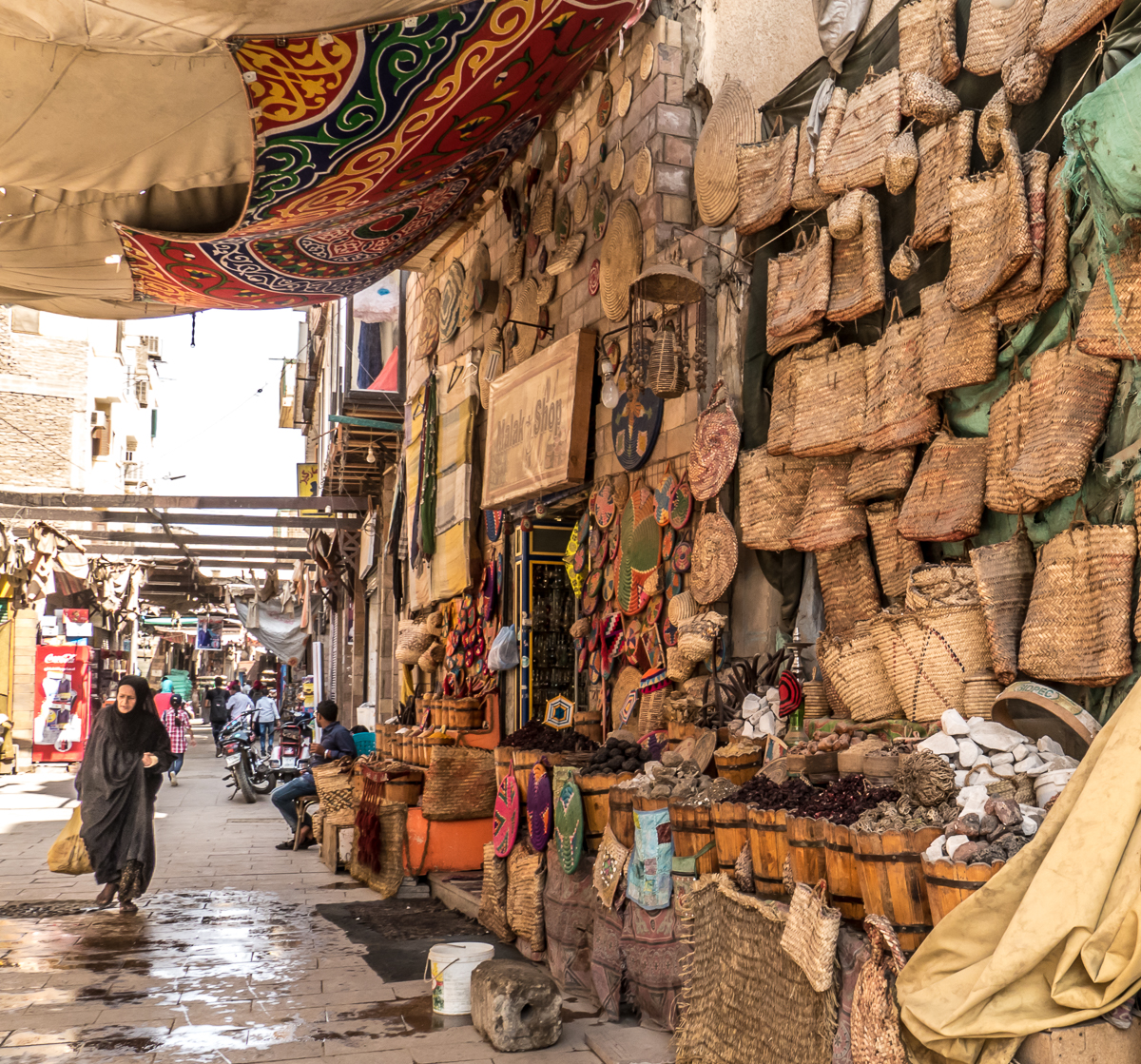 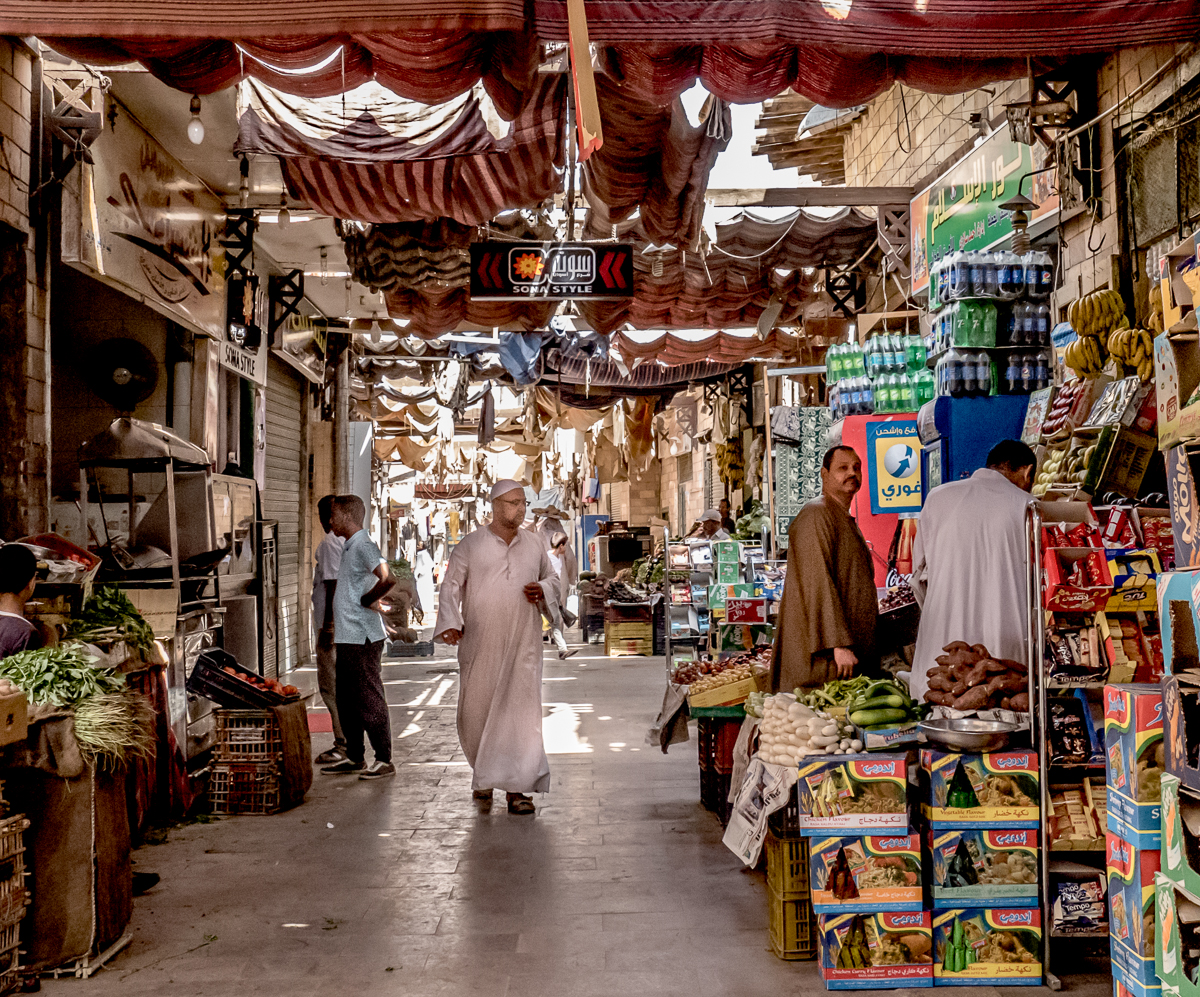 And then we see the bread boy delivering great trays of bread from this rack: 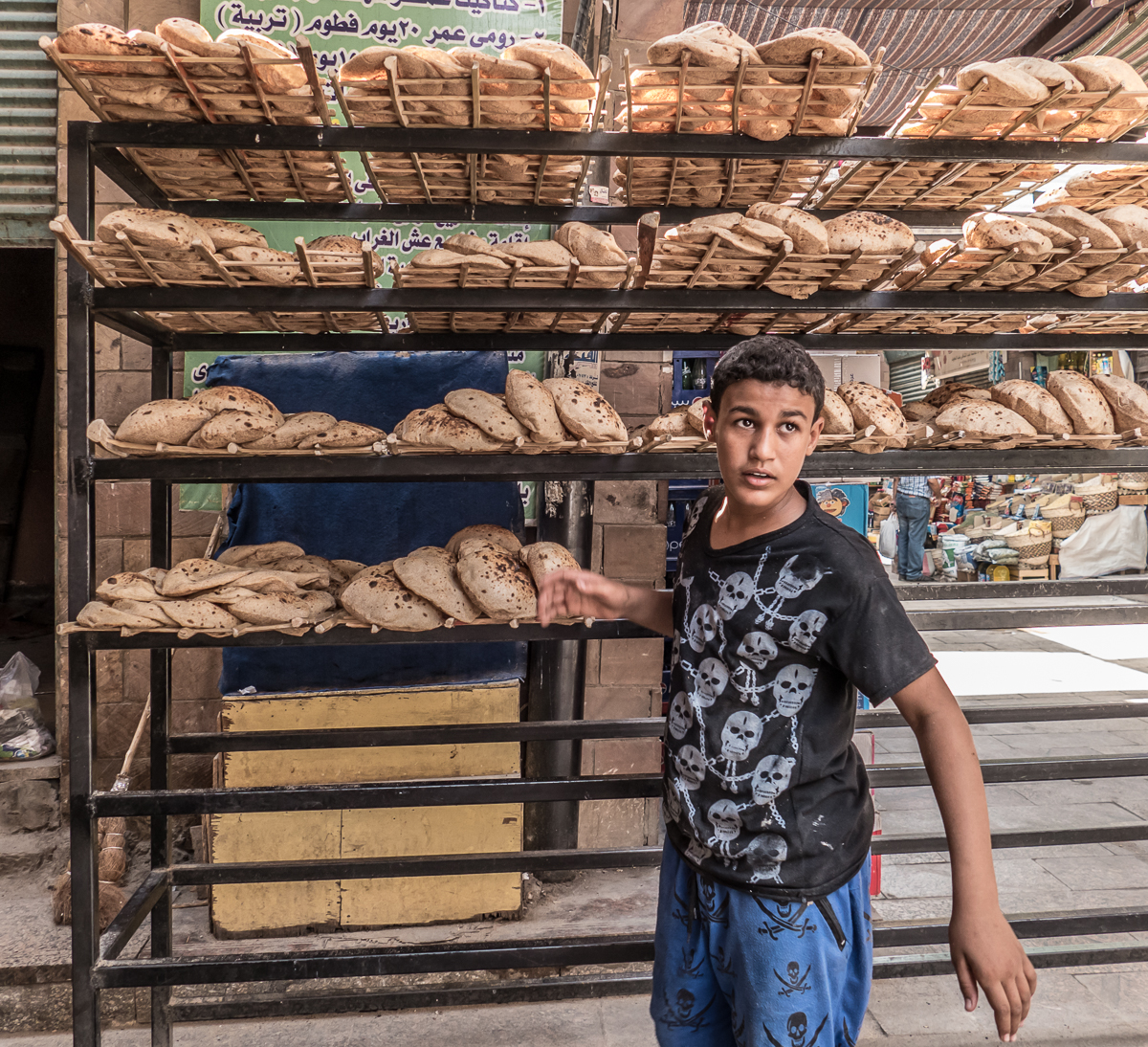 We are invited into the bakery. What a production! Each man has his job – mixing the dough, forming the mounds of dough and filling the wooden trays, moving the trays to the pile beside the oven, flattening the dough balls and slinging them into the oven, and collecting the hot fresh aromatic loaves when they are cooked. Laughter and cigarettes flow freely. It wouldn’t have surprised me to find specks of grey cigarette ash in my bread at dinner, though I never did. Not that I looked. Sometimes it’s better not to know. 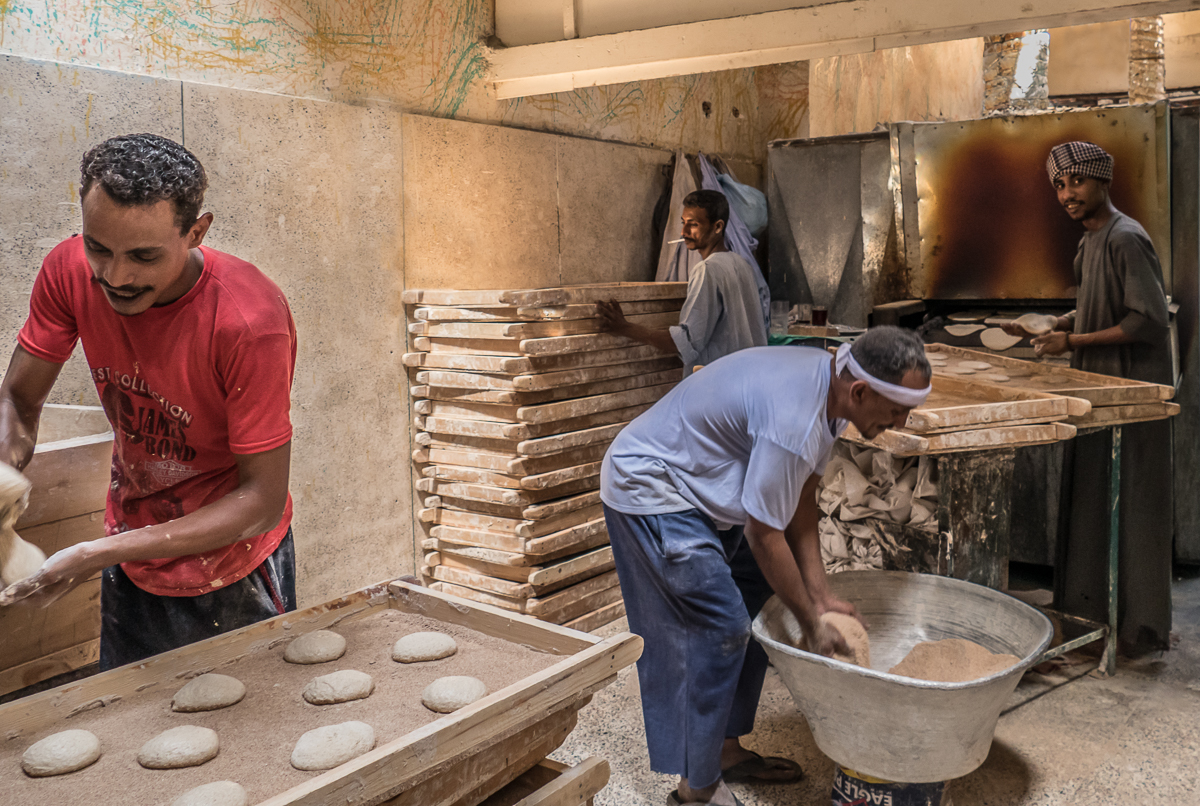 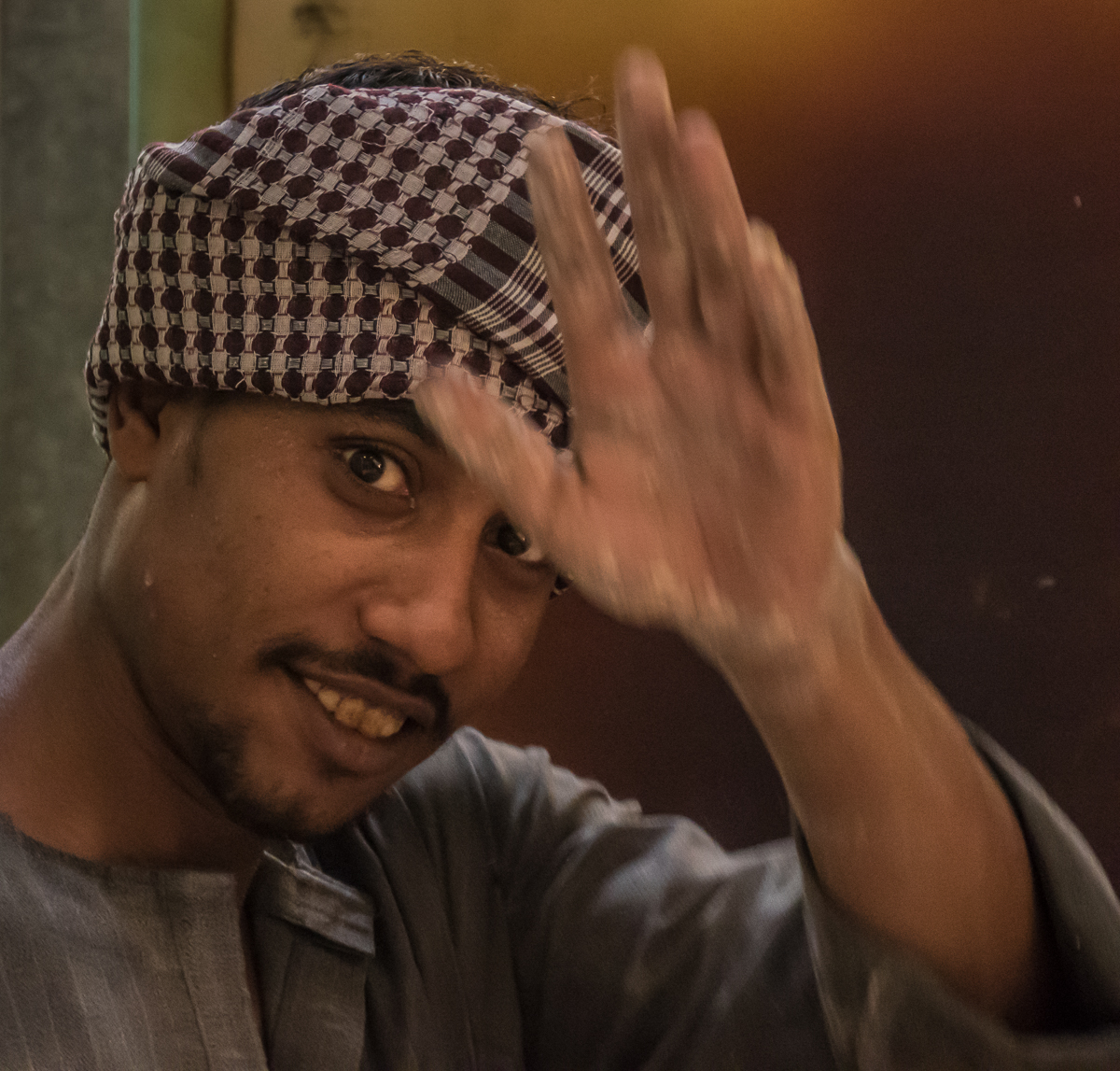 The river here at Aswan is lazy and wide, its beautiful blue waters caught between ochre sand, and islands green with the gently swaying leaves of palms and other tropical plants.

We spend a lot of time on the water. We travel by boat to Philae Island, we travel by boat to have dinner in a Nubian village upstream, and we travel by traditional felucca upstream to the Old Cataract Hotel where Agatha Christie wrote Death on the Nile. All that and more in the next post.All words and images by Alison Louise Armstrong unless otherwise noted
© Alison Louise Armstrong and Adventures in Wonderland – a pilgrimage of the heart, 2010-2016.

61 thoughts on “Egypt’s Southern Gateway: Aswan and the Temple of Isis”