We met Californians Jim and Lily, another itinerant couple, on a boat trip to a cave temple down river. They told us about The Hive and invited us to join them there for dinner with another couple. The company was great, the food was excellent, but the best thing of all was the fashion show. It was a showing of the traditional clothing of all the different ethnic groups of Laos. Apparently The Hive has an even better collection of these outfits than the museum.

What also impressed me was the rambling, L-shaped, tri-level stage, the backdrops, the choreography as the models moved back and forth through the three levels of the stage in a carefully rehearsed ‘dance’, and the poise of the young Lao men and women modeling the clothing. The owner of The Hive said they were all a bit shy when they first started, but two years later they have clearly morphed into seasoned professionals.

I would love to have been able to travel to villages where the people still dressed in their traditional clothing, if such a thing still exists in Laos, and as we did in northern Vietnam, and Myanmar. But this was certainly the next best thing. I was completely captivated.

Almost all the photos are from only one level of the stage as it was the closest to where I was sitting, and also happened to have the simplest backdrop so interferes least with viewing the clothing. To simplify things even further I blacked out all the distracting foliage in the background. 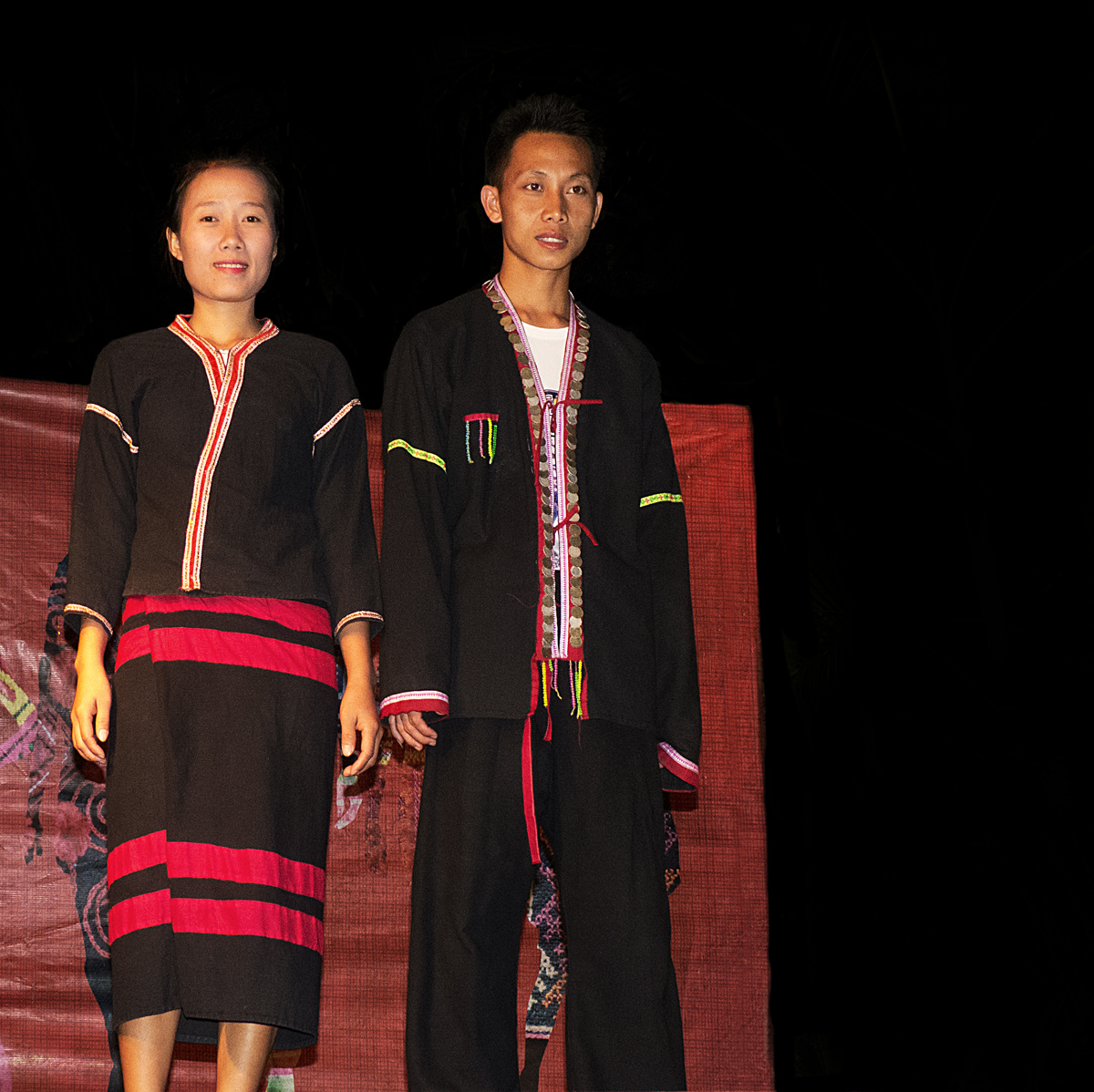 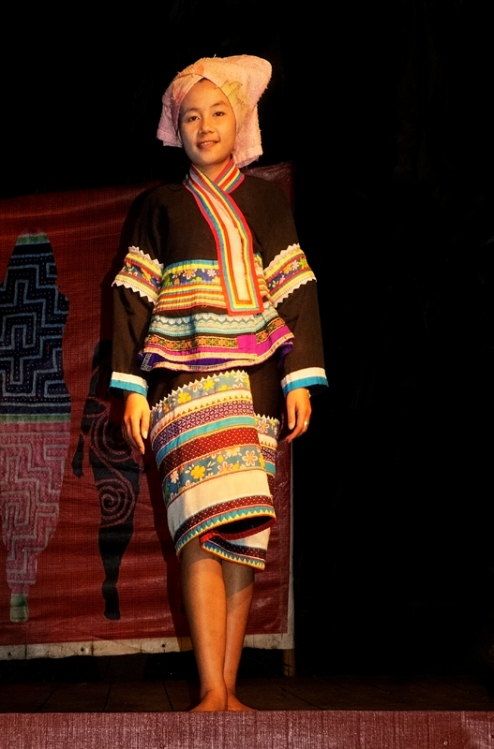 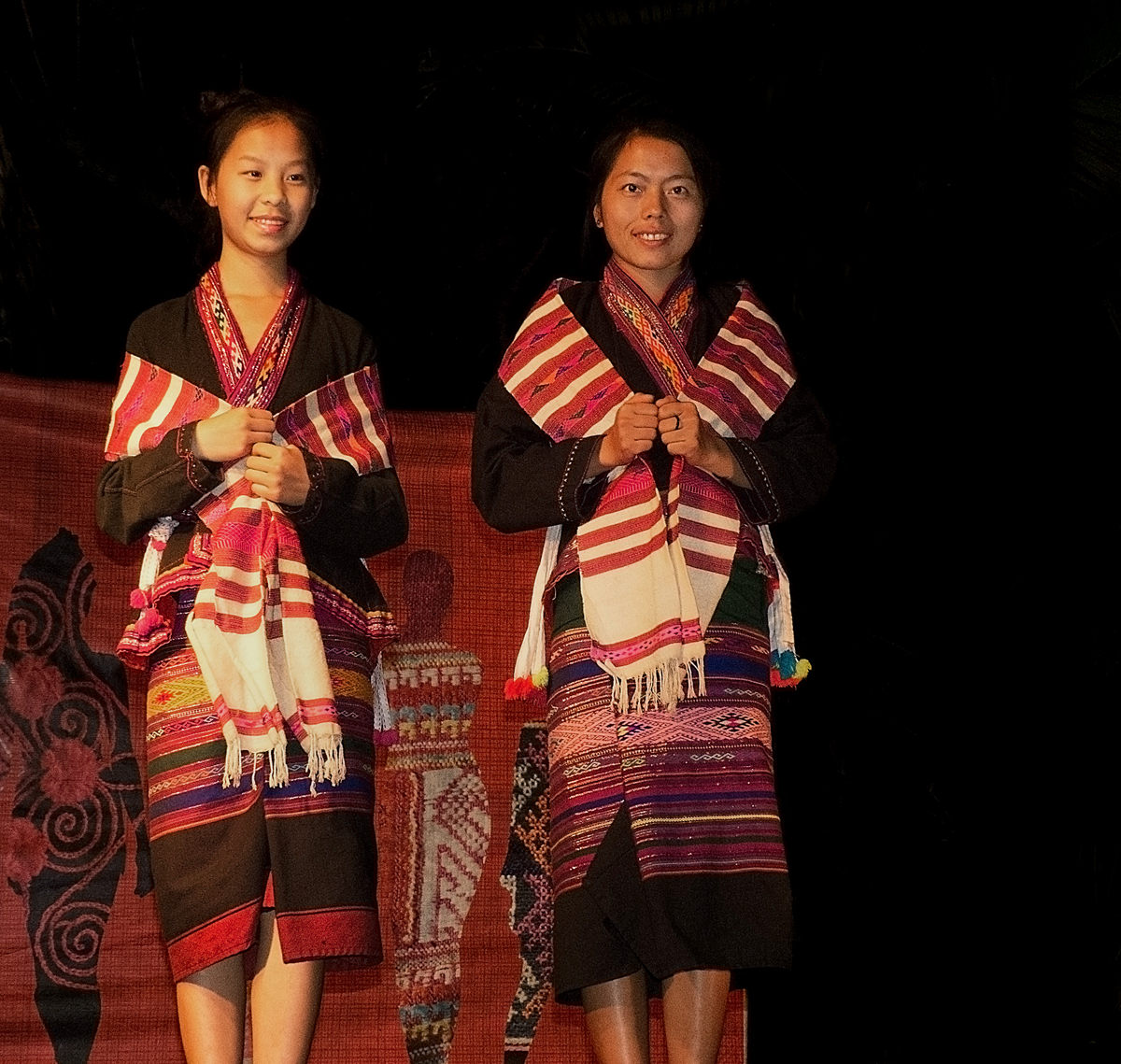 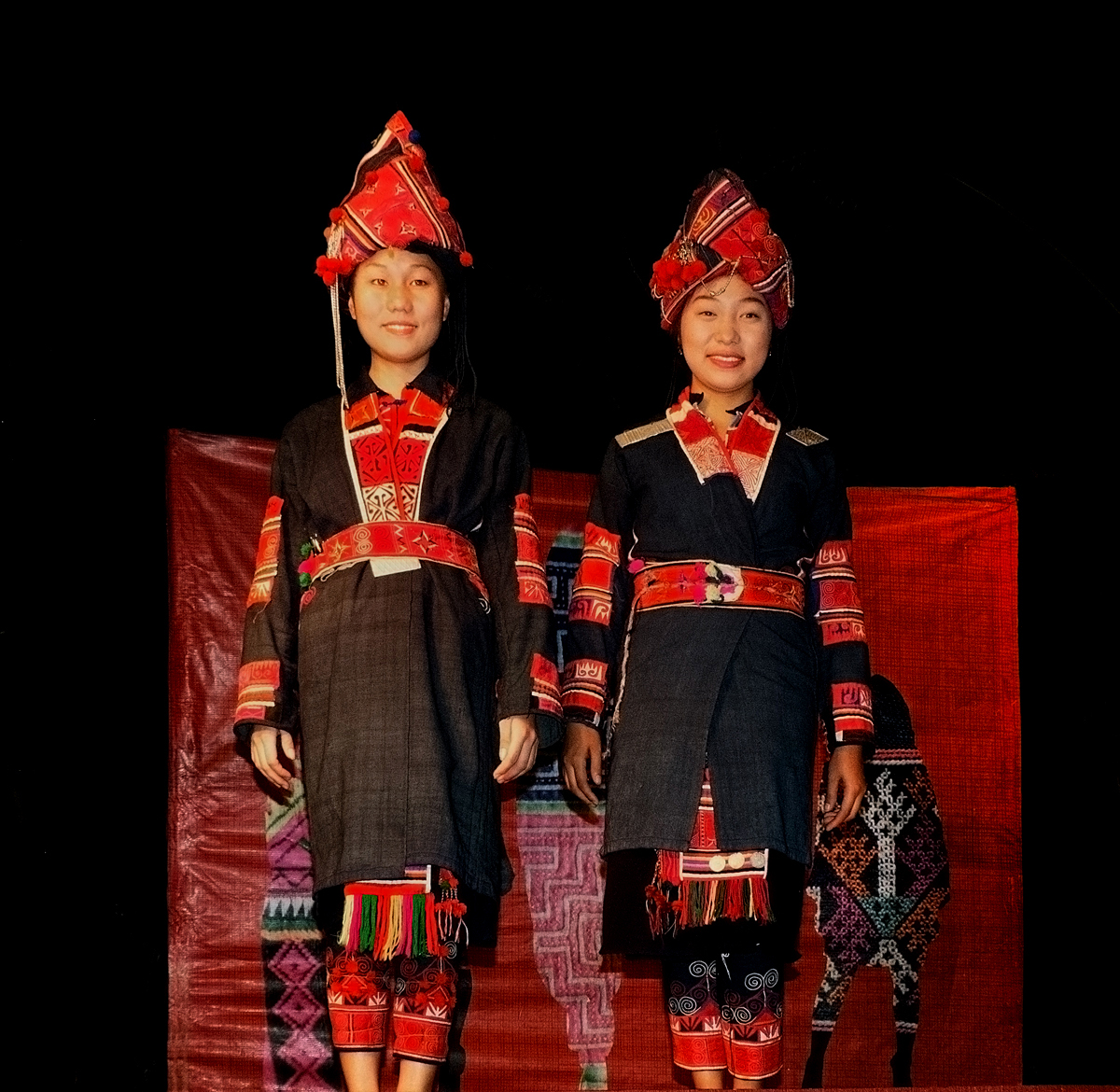 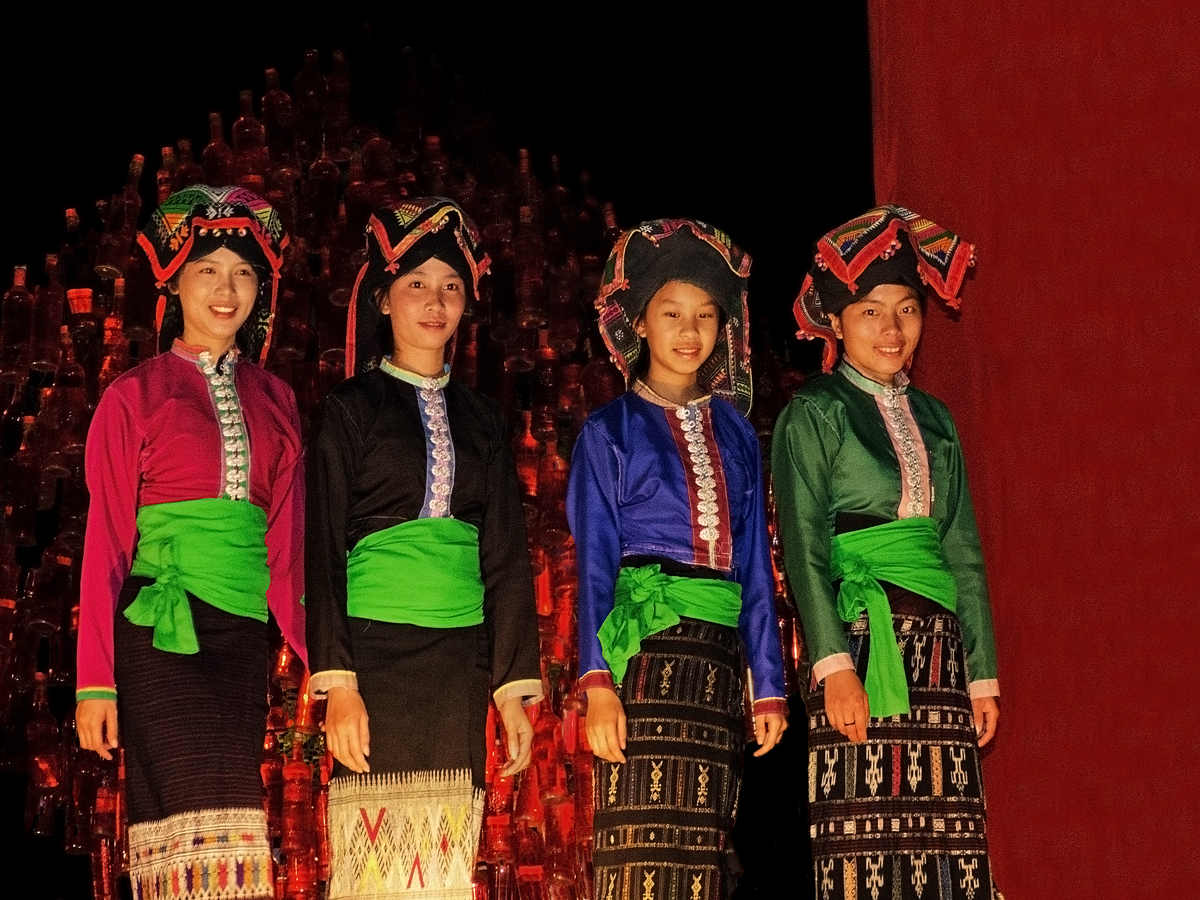 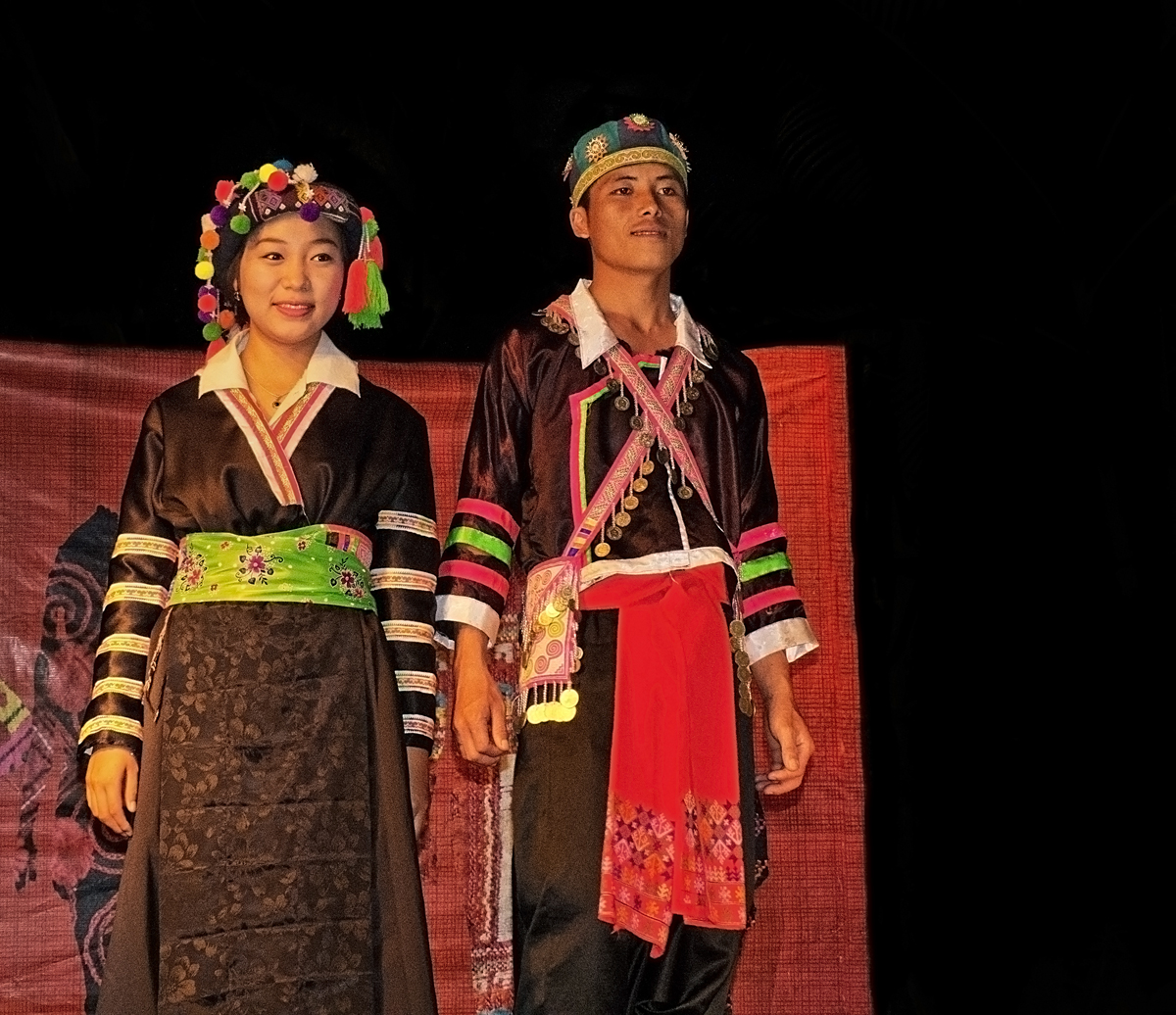 This is the clothing of the Flower Hmong. The woman is dressed similarly to those we saw in Bac Ha in the far north of Vietnam. 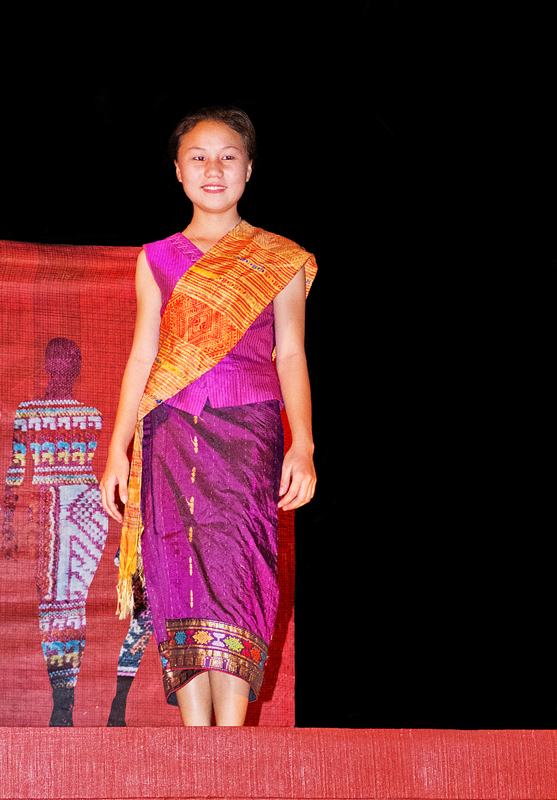 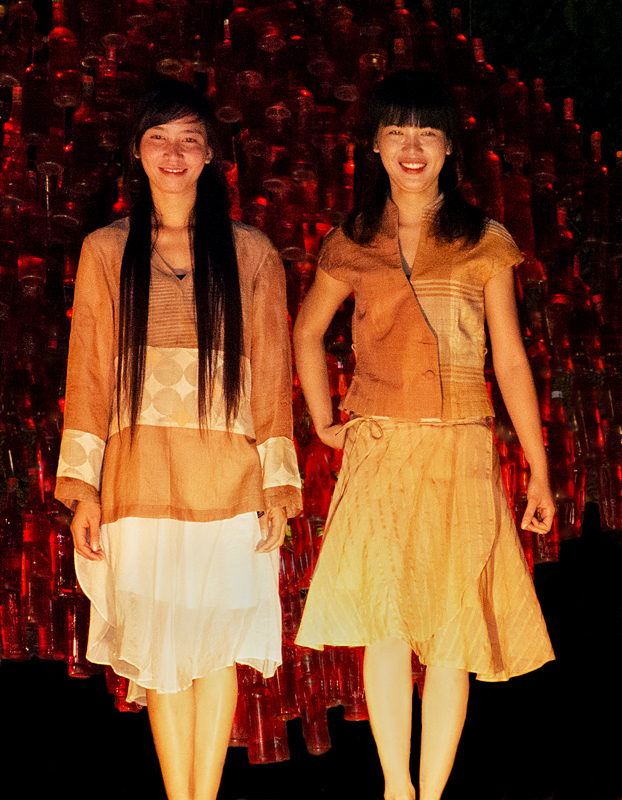 And after the fashion parade? What else? A hip hop show. A group of teenage boys showing their moves. All having a great time, and some of them really good. What a joyous way to end a fabulous evening.
All words and images by Alison Louise Armstrong unless otherwise noted.
© Alison Louise Armstrong and Adventures in Wonderland – a pilgrimage of the heart, 2010-2015.